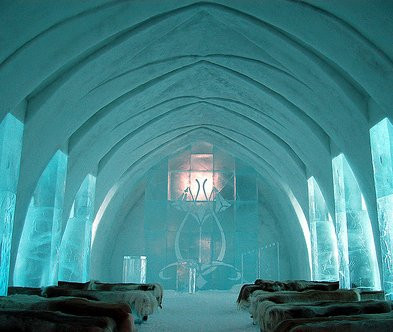 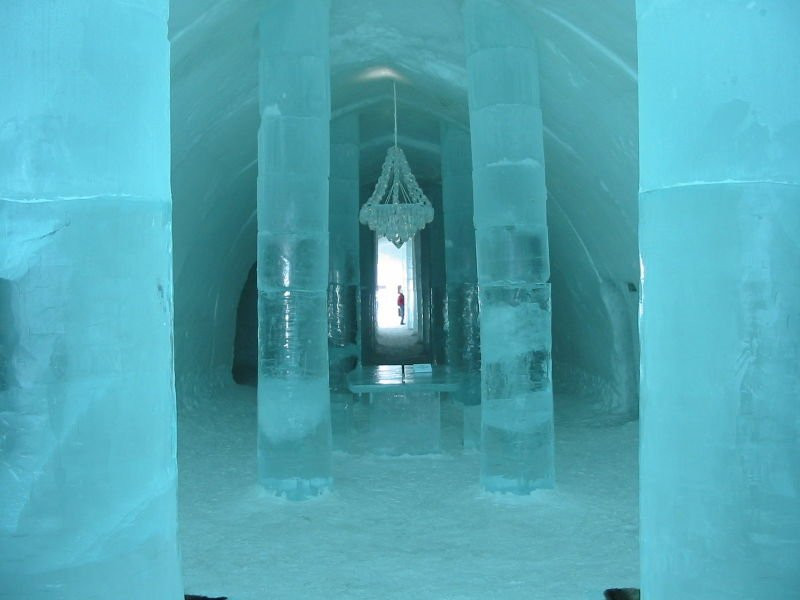 This year will see the 21st incarnation of the Ice Hotel Jukkasjarvi, which was the world’s first ever ice hotel and remains to be the largest. Rebuilt every year after the passing Spring in Sweden melts the structure, the 2010 edition of the luxury hotel will feature 60 expertly carved rooms alongside a luxury suite, an ice reception desk, an ice chapel for weddings, an ice bar sponsored by Absolut with ice glasses and a breath-taking main hall with a complex and distinctive ice chandelier.

The Hotel covering 5,500 metre square is constructed by a team of experts blasting snow and ice over steel sets which are then removed after the ice becomes solid. The ice is then crafted by selected designers and artists, using ice blocks from a local river for the interior furnishings.

Outside of the grounds are dotted with magical Ice Sculptures for guests to stroll and admire to compliment the theme of the hotel alongside planned snowmobile trips for something completely different this Christmas.

The Torne Rive is the source of the magical ice structure and when the Ice Hotel melts in the spring, the melted snow and ice will return back to the river from where it came.