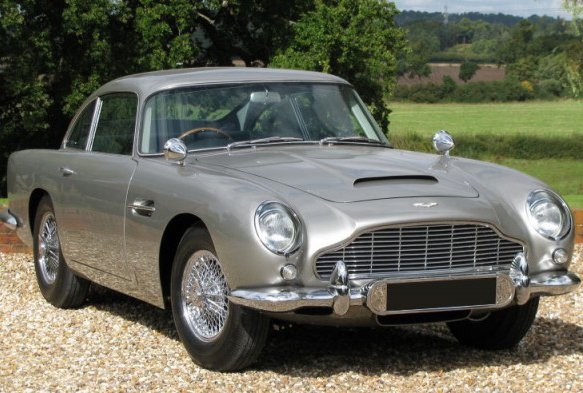 The last remaining Aston Martin DB5 to have been built for the James Bond movie franchise is up for sale with an asking price of £3 million ($4,7m).

A total of four DB5s were thought to have been built for the iconic British movies, with two of the classic automobiles featuring in Goldfinger (1964) and Thunderball (1965), and the other two used as promotional vehicles.

The final model, reportedly build in 1965, is one of two that was fitted with a full range of classic Bond gadgets – including a nail dispenser, oil spray nozzles, bulletproof shield and rotating number plates – and is now being offered for sale by Surrey-based Aston Martin specialist Richard Stewart Williams.

The DB5 that appeared in last year’s Bond blockbuster Skyfall, which coincided with the 50th anniversary of the Bond series, was created using a 3D printer.

Designed by the Italian coachbuilder Carrozzeria Touring Superleggera, and named after David Brown, the head of Aston Martin from 1947 to 1972, the first Aston Martin DB5 was released in 1963.

The DB5’s appearance in the James Bond movies, along with its showcasing at the 1964 New York World's Fair, led to it becoming one of the world’s most recognisable cars, sparking a significant spike in sales.