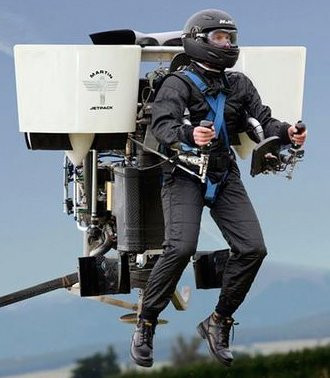 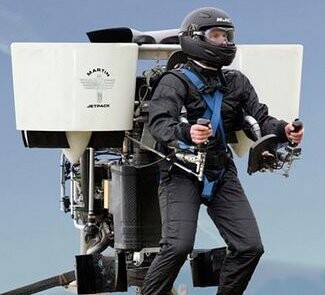 New Zealand based Martin Aircraft Company has designed and constructed the first commercially viable jet pack, bringing the concept from fiction to reality for around £50,000.

The idea of having a jet-pack has been a distant, and some what far-fetched, dream for many over the years, but having a personal flying machine is now a seriously real prospect.

Martin Jet pack consists of two 200 horsepower dual-propeller packs that were invented by Glenn Martin of the Christchurch organisation who unveiled the machine July last year.

Another unique addition to the, already, unique machine is that due to it weighing under 254 pounds (115kg) the pack does not require a pilots licence. Mr. Martin commented on its usefulness as a public service machine for military or paramedic services “this could be live changing stuff”.

The jet packs accessibility and ability to reach speeds of 60mphs, heights of 2,400 metres and 30 miles in 30 minutes ratio makes it a perfect toy to have for hopping to and from the shore.