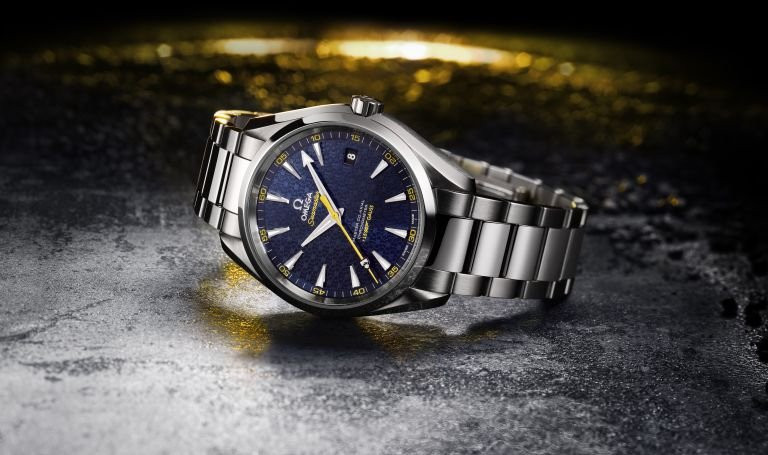 Omega and James Bond have been synonymous since the watch brand first appeared in the iconic movie franchise back in 1995 in the film ‘Goldeneye’.

Now the Swiss watchmakers have unveiled their latest Omega Seamaster creation to appear in the next Bond instalment, ‘Spectre’ which is due for release in October this year.

The limited edition Seamaster Aqua Terra 150M, which houses the new Omega Master Co-Axial 8507 movement, comes with a striking blue dial along with a yellow second hand, designed to represent the Bond family coat of arms which boasts the same colours.

Other notable features include an oscillating weight that appears through the sapphire glass back and is shaped like the barrel of a pistol, and a stainless steel case and bracelet.

The Seamaster Aqua Terra 150M James Bond will be produced in a limited edition of 15,007 pieces.

Founded in Switzerland in 1848, Omega has grown to become one of the world's most famous watch brands.