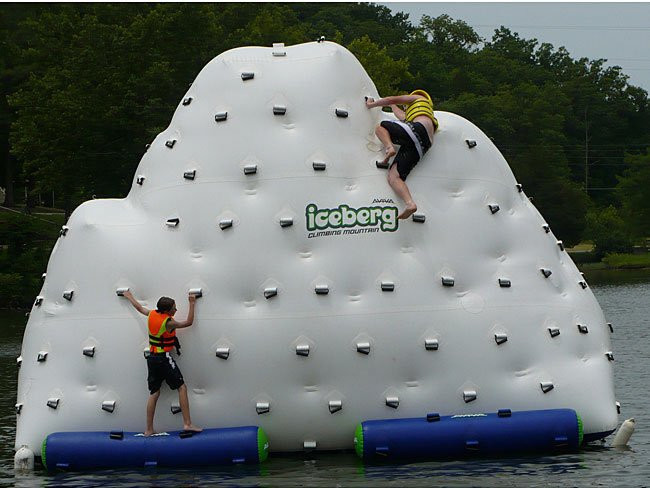 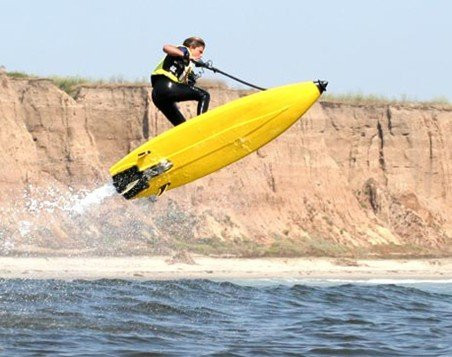 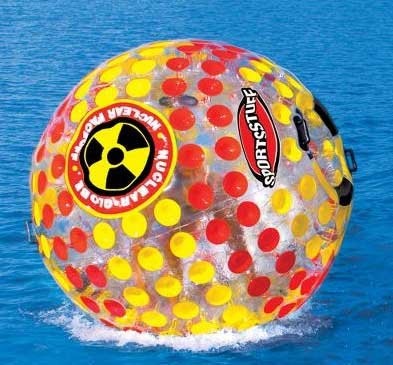 On board their spacious decks and plush interiors, luxury yachts can host an absolute armada of high-powered toys and water-based entertainment options.

The latest offering from German luxury water toy designers CAYAGO AG is their high-tech ‘diving sled’ the CAYAGO Magnum. Set to be released to the market this month, the state-of-the-art water toy recently won the 'Red Dot Award' for product design and features navigation sonar, compass technology and forward mounted lights. With an operating time of approximately four hours, the Magnum’s 33kg energy pack and lithium-ion accumulator ensures the E-jet engine system provides 7kW (10HP) of propulsion power. The Magnum will be released in a strictly limited edition of 100, so competition is guaranteed to be fierce among diving enthusiasts and adventurists alike. Prices are yet to be published but are sure to be well over 10,000 Euro.

Kawasaki 2009 Jet Ski Ultra 260LX
The most powerful Personal Watercraft (PWC) ever made, the Ultra 260LX is all about rock-steady stability, turbo-charged acceleration and all-day comfort. Featuring the same 1,498cc DOHC in-line, four-cylinder engine and deep V-hull found in the 260X model, what sets the LX apart is its first class paintwork and luxury touring seat. Unmistakably Kawasaki, the Jet Ski has 260 horsepower, a top speed of 117 kilometres per hour and can accommodate up to three riders. Find this water toy at £11,600.

Aquaglide Summit Express Water Amusement Park
For on-water family fun, it is hard to beat the giant attraction of the Summit Express gigantic water play slide. This inflatable play land is almost 5 metres high and is extremely resilient against punctures due to its 1000 denier polyester fabric sandwiched between two layers of 28 oz. PVC; the same method used by U.S Navy Seals on inflatable boats. The slide needs to be anchored in at least 2.5 metres of water and takes approximately 30 minutes to deflate. At US$9,000, this modern extension of an enduring favourite is simple entertainment for the whole family.

Wave Sport Project 54 CX Kayak
For the ultimate in freestyle kayaking, the limited edition Water Sport Project 54 can be described as the on-water version of a high performance supercar. With an ultra-light weight of approximately 9 kilograms, each stroke feels effortless due to the kayak’s carbon Kevlar (used in bulletproof vests) and carbon fibreglass components. To accommodate larger paddlers, the knee of the vessel has been raised and an adjustable seat system is also featured. At $2,495, there are only 50 of these sea toys available worldwide.

Aviva Iceberg Climbing Mountain
Another excellent product for family entertainment on the water is this 4.9 metre floating climbing wall and waterslide. Three sides of the Iceberg have sliding walls with varying degrees of difficulty, while the fourth side is a climbing wall. With a pre-installed anchoring system, rapid inflation valve, safety valve and apron, this inflatable play toy is approximately US$6,000.

PowerSki Jetboard
For those lovers of watersports, the PowerSki Jetboard is one of a kind. A surfboard with an ingeniously small 45 horsepower engine, the Jetboard can reach speeds of 64 kilometres and is an engineering masterpiece. With its rear thrust, rail and three fins underneath, the Jetboard is believed to carve better than any other board on water, tarmac or snow. At 2.54 metres long, the board can be used like a wakeboard or surfboard and costs approximately US$6,5000.

Walk on Water Ball
This giant 1.8 metre inflatable sphere is the perfect summer water toy that does exactly what its name suggests; walk on water. Made from a heavy gauge PVC, cups on the exterior of the sphere allow it to grip the water so it’s automatically propelled across the water as you run and roll within it. The ball can carry up to 77 kilograms, can be inflated in only five minutes and costs approximately US$300.

"This giant 1.8 metre inflatable sphere is the perfect summer water toy that allows you to do exactly what its name suggests; walk on water."

"This giant 1.8 metre inflatable sphere is the perfect summer water toy that allows you to do exactly what its name suggests; walk on water."