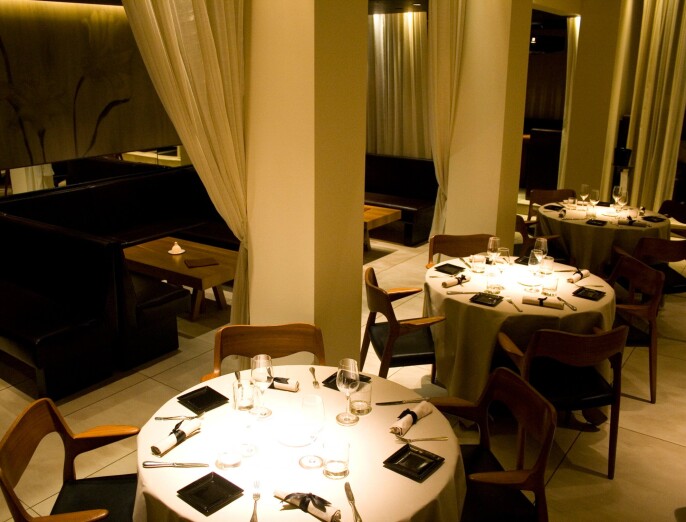 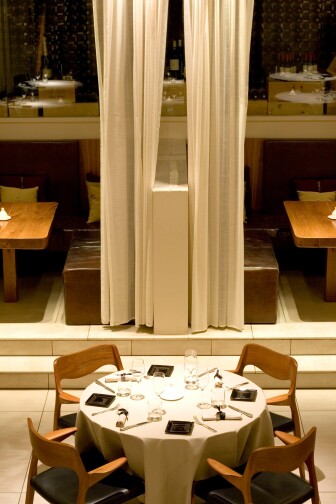 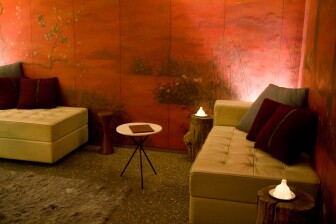 Given the importance of first impressions, it is surprising that so few restaurants seem to go the extra mile in creating a dramatic entrance for its patrons. At Le Circle, located off of Sloane Square in west London, nobody could accuse them of such negligence.

Walking into Le Cercle, an offshoot of Michelin-starred Club Gascon in Clerkenwell run by award-winning chef Pascal Aussignac, is an arresting experience. After negotiating concierge in the foyer, you are taken down a stair case and past a relaxed seating area furnished with two soft and stylish sofas. This room, we learnt, could be used either for a pre-dinner cocktail or hired as an entire space for entertaining. It gives an instant impression of a members’ club, oozing exclusivity and comfort.

But the venue’s pièce de résistance is the layout of the dining room. Without being entirely split-level, the room has been designed so that the majority of tables sit at one level, whilst a select few are positioned with a slightly higher elevation. In addition to this, two discreetly sheathed booths sit behind billowy muslin drapes.

It is an unusual space that may not fit everyone’s taste, but certainly has an impact for those who have become tired of uniform, homogenous dining areas. My companion and I were all too pleased to be placed on one of the higher tables during our Friday evening visit.

The service, from our Bellini apéritifs onwards, was reassuringly excellent and happily the food was just as good. We opted for the ‘Traditions’ Tasting Menu – a five course affair that promises the best of the season. Optional wine pairings were, of course, opted for.

Before we’d even reached course number one, we were treated to quite simply the most wonderful butter we had ever tasted. Sprinkled with black pepper and herbs, it was so creamily delicious that we were dipping into it long after our accompanying bread had been devoured. Eventually it was wrestled away from us by a well-meaning waiter keen for us not to fall into a butter-induced food coma before the meal had even truly begun.

After a brief interlude we initiated proceedings with a parmentier potato soup with snacked oyster. Always an excellent introduction to a big meal, this soup packed a seriously unctuous punch, with the small oysters adding a pleasing texture.

Next up was glazed salmon and marinated “choucroute”, a plate of tapas-sized salmon and cured meats. Oily but not too much, and substantial but not overwhelmingly so, it was a clever inclusion on a Tasting Menu that can often challenge even the biggest of appetites.

Pot au feu, a stew that can take on a variety of forms, but on this occasion consisted of ox cheeks, soon followed. Soft to the tooth and full of flavour, it was another thumbs up for round two.

Morbier, a semi-soft cows' milk cheese, and pickled salsify were dispatched with a speed that spoke volumes, though this could have been influenced by the impending arrival of my all-time favourite dessert. Described on the menu as “like a tatin”, it was close enough for me, oozing rich caremlised loveliness and testament to the skill of the kitchen.

Anyone who has visited sister restaurant Club Gascon knows that Pascal Aussignac is an exceptionally talented chef. A trip to Le Cercle merely adds strength to the fact. This is an excellent restaurant and highly recommended.

The 'Traditions' Tasting Menu at Le Cercle is priced at £35, or £60 including sommelier wine pairings.