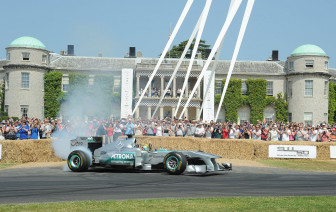 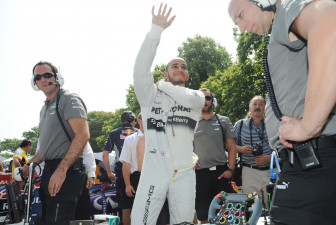 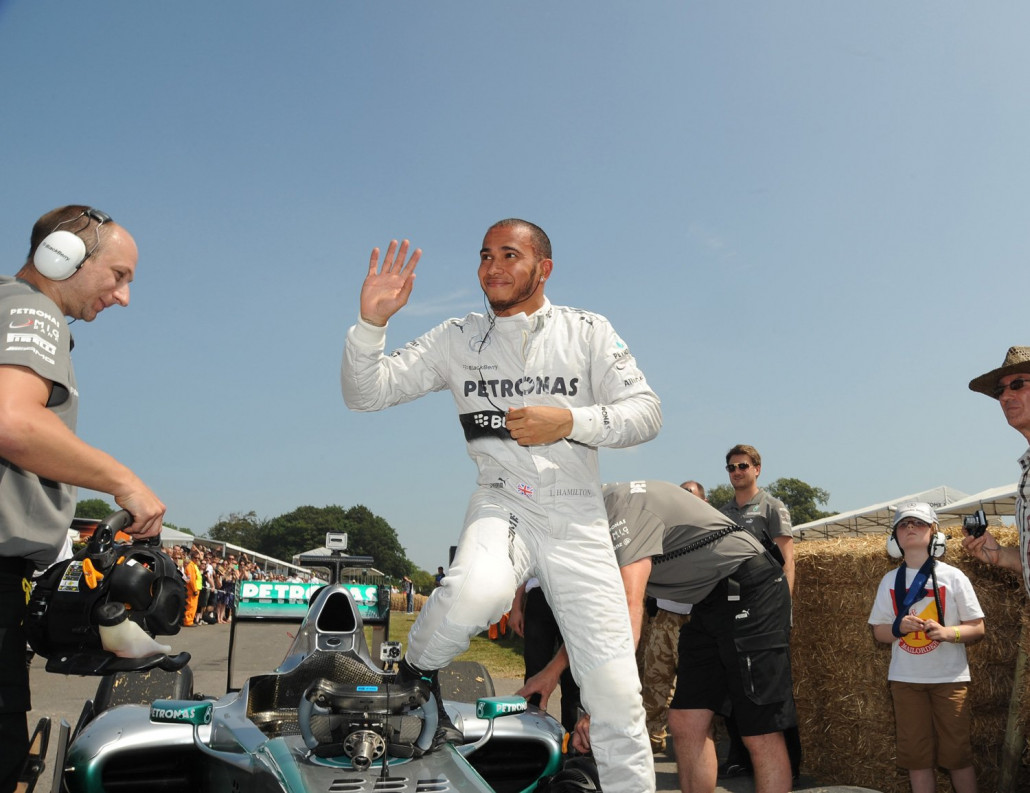 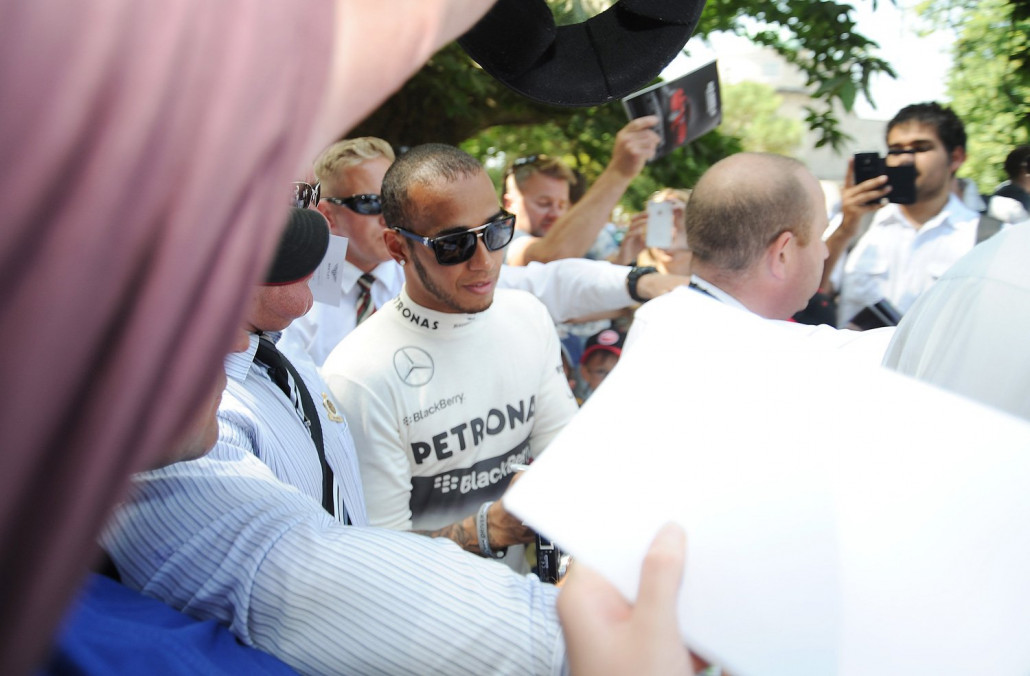 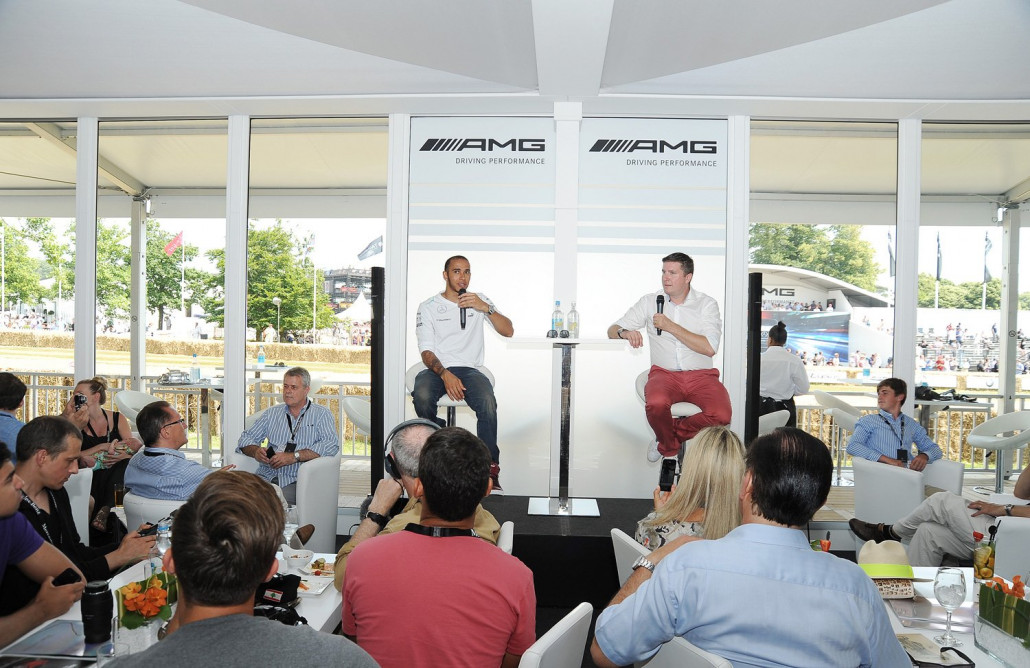 MERCEDES AMG PETRONAS Formula One™ driver, Lewis Hamilton, turned up the heat at Goodwood on Saturday as he drove Mercedes-Benz Silver Arrows old and new on the Hill – burning rubber and shattering the silence to the delight of the estimated 50,000 spectators visiting the 20th Festival of Speed.

Behind the wheel of a MERCEDES AMG PETRONAS W 02 chassis produced in Brackley, Lewis played to the crowd with multiple burnouts and donuts – the V8 engine designed and built by Mercedes-Benz HighPerformancePowertrains in Brixworth delivering the fantastically loud soundtrack.

Emerging from his run up the Goodwood Hill, Lewis Hamilton said: ‘To be back at Goodwood in front of the fans is great. I maybe got a bit carried away with the burnouts but it’s pretty difficult not to when the crowd is cheering.’

Laying down more rubber on the start line was the SLS AMG Black Series Coupé, taking part in the Supercar Run on the 1.16-mile Goodwood Hill. Joining it, and making full use of its four wheel drive system and automatic Race Start function, was the A 45 AMG, driven by Mercedes-Benz World driving specialist and former GT racer Tiff Chittenden. The newest model from AMG, through its mix of compact proportions and huge performance from its 2.0-litre, 360 hp engine, proved to be adept at taking on the twisty, narrow and challenging Hill course.

Having taken time to meet fans and take part in Q&A session on the Mercedes-Benz stand at Goodwood, Lewis Hamilton hands over driving duties to British Grand Prix winner Nico Rosberg tomorrow, the third and final day of the Goodwood Festival of Speed.