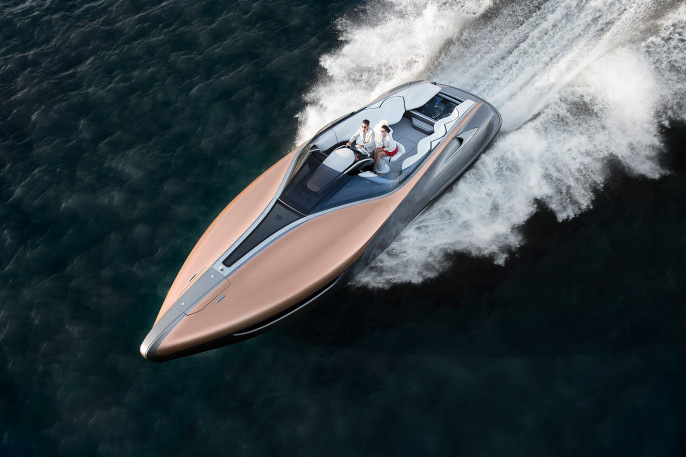 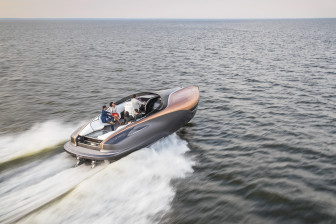 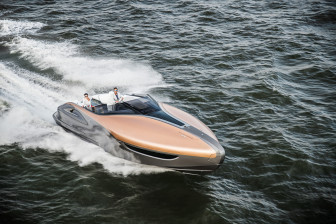 Lexus, the luxury vehicle division of Japanese automaker Toyota, has revealed their latest efforts to expand into new areas of lifestyle and recreation.

The inspiration for the Lexus sport yacht concept can be traced back a few years to the Toyota Marine Department’s preparations for a new range of premium Ponam yachts that are soon to be launched in Japan.

Toyota President Akio Toyoda was invited to spend several days driving the new craft and he was impressed by the power of the turbodiesel engines and the handling and stability of the advanced hull designs. As Lexus International’s Chief Branding Officer, he also recognised how a stylish performance yacht could complement the Lexus lifestyle profile

Consequently the marine department explored how such a yacht could extend the Lexus brand into new areas. A brief was given to two separate teams at the Lexus Design Centre in Japan to create an open sport yacht for recreational day sailing, accommodating six to eight people, powered by twin high-performance Lexus V8 engines, with advanced handling and styling. Their concepts were submitted for evaluation in summer 2015.

“This allowed us to explore how Lexus design language could be applied to a maritime idea,” said Yoshihiro Sawa, Lexus International Vice President.

“For the Lexus Design Centre this project has been very exciting. The effort is valuable to us as it stirs our creative energies and pushes our imagination to design and lifestyle possibilities outside of the automotive realm we know so well.”

The selected proposal was refined throughout 2015, with the Marine Department engineering the construction and on-board marine systems.

The Lexus sport yacht concept is a bespoke, one-off project, with no intention to put the yacht into production.