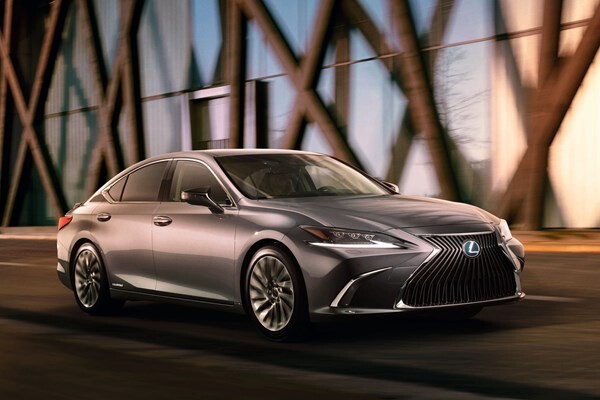 The replacement for the soon-to-be-phased-out GS four-door executive, the new ES was unveiled at the launch of the brand new Lexus airport lounge in Brussels.

It’s the first ES generation to be sold in the UK and western Europe and features Lexus’ Global Architecture-K platform, making it longer, lower and wider than the preceding ES that’s been sold up to now in markets including the US and Russia.

The car’s eye-catching styling is billed as offering customers a more engaging driving experience and has higher safety provisions.

Available from January 2019, the UK range will feature the ES 300h, powered by the new self-charging hybrid system. The ES 200, ES 250 and ES 350 petrol engine models will be on sale in selected European markets from September 2018.

Founded by Eiji Toyoda in 1989 and headquartered in Nagoya, Japan, Lexus has grown to become one of the world’s most renowned luxury car makers.

The Lexus marque is marketed in over 70 countries and territories worldwide and has become Japan's largest-selling maker of premium cars.