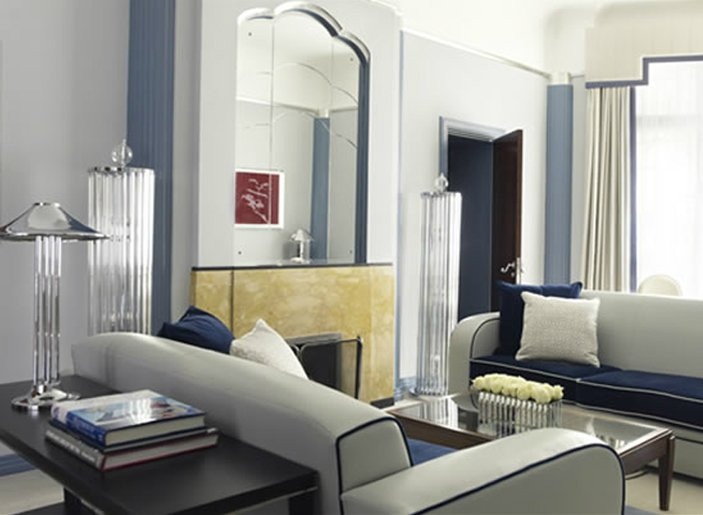 Claridge’s commissioned the interior design company to create the suites – both traditional and Art Deco in style – to build upon the rich design heritage of the hotel.

Available with one or two bedrooms, each suite is unique, but all boast entrance halls leading to large sitting rooms, and lavish marble bathrooms.

Linley founder, David Linley, said: “The hotel was built in two different periods and so we felt very strongly that this should be reflected in the design.

“The inspiration behind the first rooms that we did were very much in keeping with the classical tradition. I felt it was extremely important that we found as many pieces of furniture that had relevance and resonance and had actually been here.

“We found old pieces of furniture, restored them and put them back into the rooms which gave provenance and history to the rooms.”

He continued: “The art deco rooms are based on pieces that we actually found here. We actually discovered as we did renovations mirrors, clocks, lights, so it was about putting back into the rooms a spirit that might have been lost over time.”

Amongst the distinctive Linley touches are tub chairs designed specifically for Claridge’s and carpets inspired by iconic textile and rug designer Marion Dorn, whilst art deco mirrors and prints and distinctive colourways also adorn the rooms.

Speaking about the tub chair, Lord Linley said: “I think it’s an immensely successful design because it’s really lovely to look at, it almost looks like a delicious Cocktail and it’s incredibly comfortable to sit in.

“The only trouble is you can’t really ever get people out of them.”

Restored 1920s Art Deco features, such as silver fireplaces and wall lights, serve as focal points of the rooms, as well as other custom pieces including a striking mirrored cock, original headboards and dressing tables.

Founded in 1812 as Mivart's Hotel, Claridge’s grew to become, and remains, one of the world’s most iconic luxury hotels.