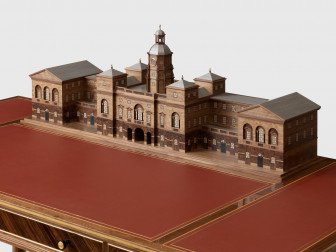 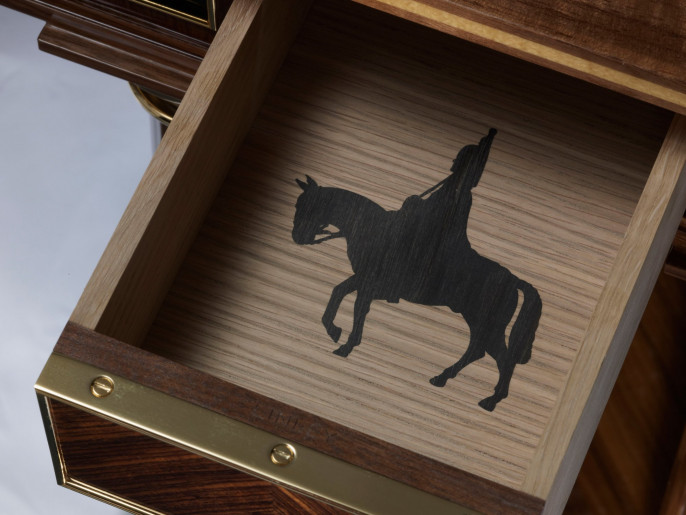 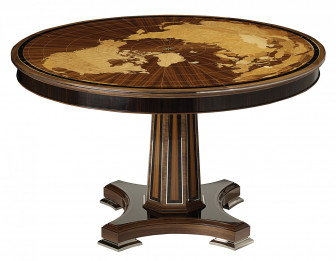 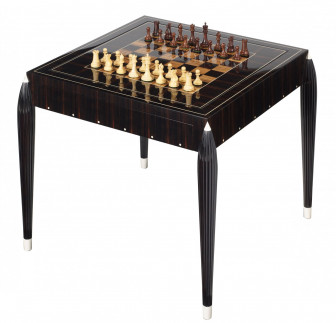 Amongst the array of lavish art pieces on display at the 2012 Masterpiece fair in London was a truly unique creation by distinguished British furniture makers Linley.

Designed to celebrate the Queen’s Diamond Jubilee, the Horse Guards’ Parade Desk features a miniature replica of the Horse Guards’ Building - a large grade I listed building located in London - on its top surface.

The Horse Guards Building is the site of the Trooping of the Colour which takes place each year to mark the Queen’s official birthday. It will also be in the spotlight in a few weeks’ time when it will overlook the venue for the London Olympics’ beach volleyball event.

Fashioned from walnut and Bombay rosewood, the desk sits atop eight Doric column legs. Gold plated beading and satinwood stringing highlight the piece which houses six drawers, two of which depict a mounted horse guard in marquetry inlay – marquetry being a hallmark of many Linley pieces. Concealed within the desk are a further three secret drawers.

The Horse Guards' Parade Desk will be auctioned later this year to raise funds for The Foundation of Prince William and Prince Harry.

In addition to the lavishly-designed desk, Linley also used the high-profile Masterpiece event to showcase several more of their distinctive pieces.

Amongst the other Linley items on show were the Ridotto Games Table (£35,000), which accommodates chess, backgammon and cards in its luxurious wooden frame, and the World Map Table (£45,000), which depicts the Atlas of the Northern Hemisphere (as seen from the North Pole) using numerous different exotic veneers.

Masterpiece 2012 took place on the South Grounds of the Royal Hospital Chelsea between 26 June – 3 July.