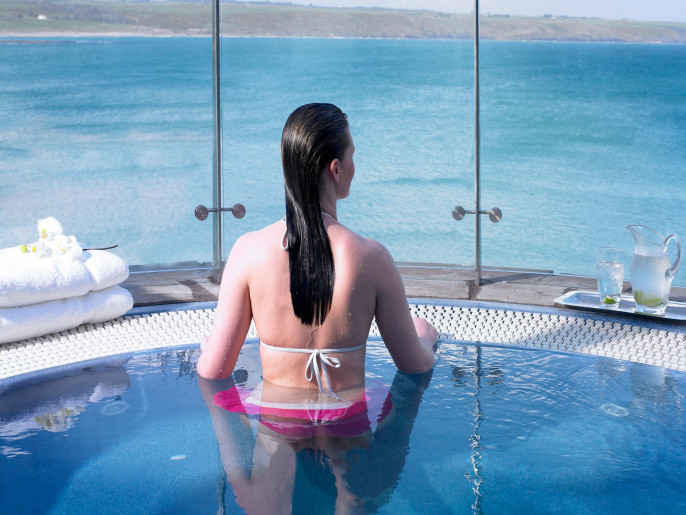 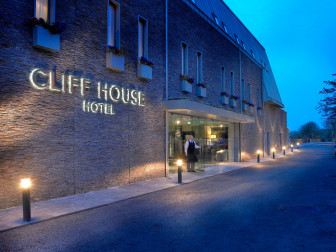 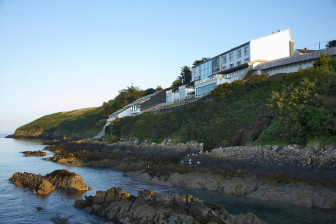 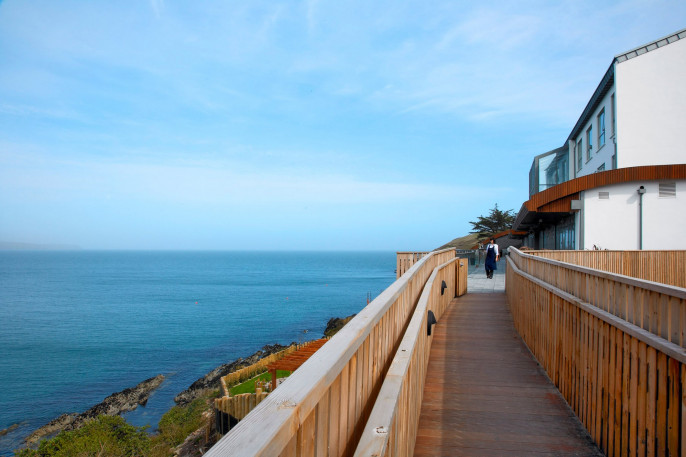 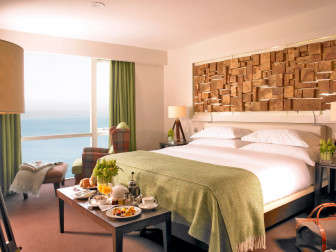 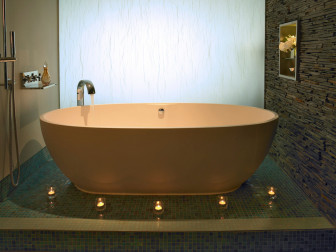 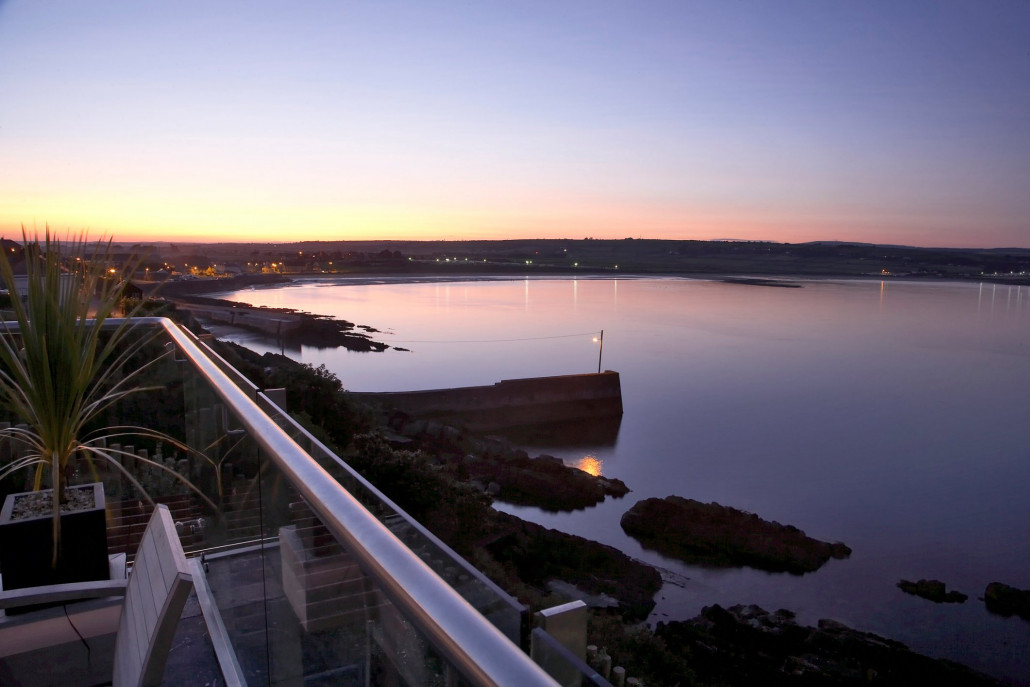 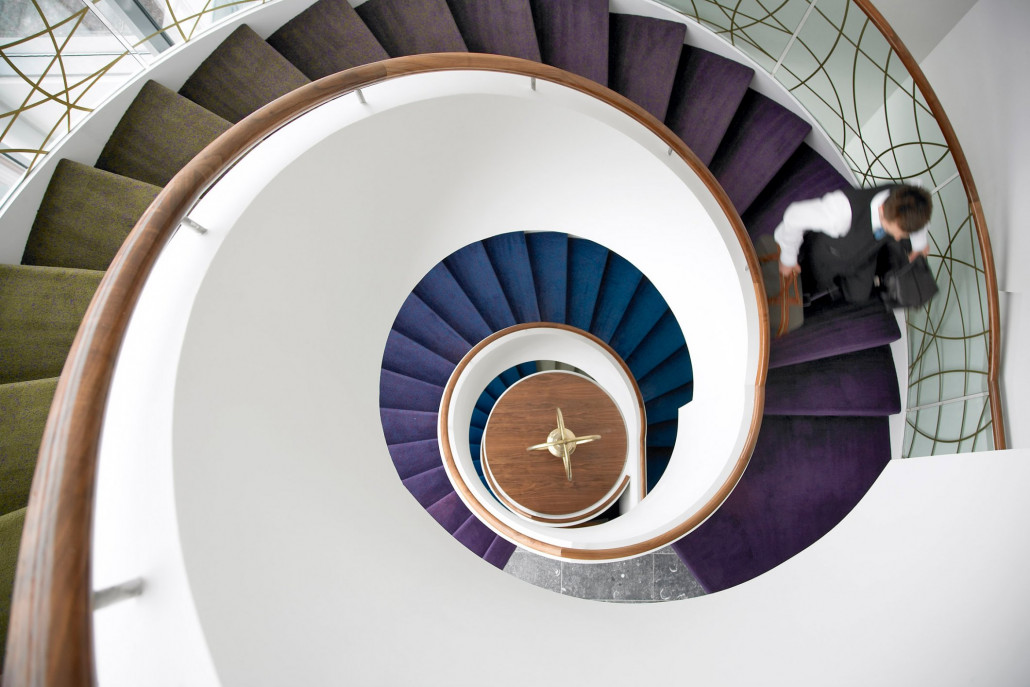 Living on the Edge: The Cliff House Hotel in Waterford, Ireland

There are two up-sides that spring to mind when considering Ireland’s propensity for rain. The first is the abundance of lush green grass and plant life that dominates the landscape throughout the year.

The second is the pressure it imposes on hotels to up their game and provide guests with more than just a bed to sleep in.

Perhaps the best example of the latter cause-effect in action is the five-star Cliff House Hotel. Located on one of southern Ireland’s most scenic coastlines, overlooking the historic village of Ardmore in West Waterford, the hotel is a veritable institution within the region.

Built into the cliff face, it draws visitors from far and wide thanks to its dramatic setting, luxurious spa, avant-garde Michelin-starred restaurant, and an array of local activities. If that’s not enough, it also caters for yachts of up to 60 tonnes, enabling guests to arrive by sea, with no charge for moorings.

If it wasn’t already clear, let it be said that this is no ordinary hotel.

After a brisk hour’s drive from Cork International Airport, the experience began as soon as we entered the coastal-themed lobby, comprising natural stone and slate and a solid glass wall that looks out onto the Irish Sea.

Warm and courteous reception staff effortlessly answered our questions about the hotel facilities, the local area, and the availability of footwear for walking (the hotel provides good-quality wellies to all guests) before we were shown to our room.

Much to our excitement, we learned that we had been upgraded to one of the hotel’s beautiful suites. Boasting a king sized bed, flat screen TV, separate sitting area, large balcony, and a magnificent glass walled bathroom, the room is made for long, lazy mornings or – as we opted for on one particularly gloomy day – an entire afternoon ensconced in its cosy confines.

But first, there was the small matter of dinner in the hotel’s renowned House Restaurant - one of only six Michelin-starred eateries in the whole of Ireland. Under the helm of head chef Martijn Kajuiter, who cut his teeth alongside eminent gastronomic figures such as Marco Pierre White and Michel Roux, the restaurant serves up stunningly intricate dishes using locally sourced ingredients (unsurprisingly, fish and seafood feature heavily). The 9-course Tasting Menu, plus wine pairings, was without doubt one of the most memorable dining experiences of our lives.

The following morning we sampled The Well Spa, offering a full range of treatments including massages and manicures, as well as a stunning infiniti pool with floor to ceiling glass overlooking the sea. Outside there is a Jacuzzi, plus a seawater pool located in a natural rock inlet nestling in the cliffside.

By now it will be apparent that this is a hotel you could easily visit for a weekend and not step foot outside. But if you happen to get lucky with the weather - or are happy to brave it in the elements - there is plenty to see and do, including long and winding coastal drives, a tailored cliff walk (approx 45 minutes - ask the hotel for a route map), kayaking, surfing, rock climbing, whale and dolphin watching, and much more.

But the toughest part will be dragging yourself away from the Cliff House Hotel for long enough to enjoy any of them. This is an exceptional hotel, and is heartily recommended.

Rates at the Cliff House Hotel begin at around £185 per night for a double room, and rise to about £400 for the hotel's most luxurious suites, depending on the time of year.