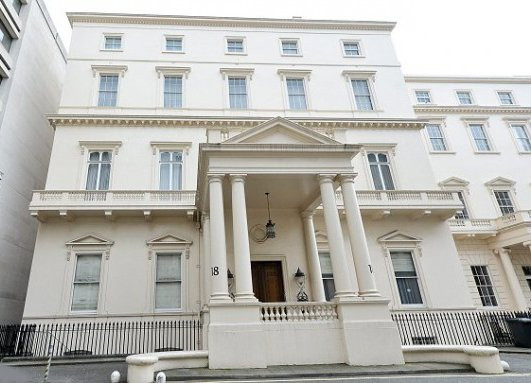 London Home On the Market for £250 million

A six-storey Grade I listed Regency mansion in west London has been put on the market for £250 million – an asking price that, if achieved, would see it become the UK’s most expensive property.

Situated on Carlton House Terrace in the St. James's district of the City of Westminster, the mansion townhouse is spread over 50,000 square feet – making it one of the city’s largest private home.

Just a short hop from some of London’s most iconic attractions including Buckingham Palace, Trafalgar Square and Piccadilly Circus, the house, which is owned by a member of the Middle Eastern Royal family, offers impressive views of its surroundings including the lush greenery of St James’ Park.

Details on the property's interior have remained closely guarded, but is believed to include an opulent double staircase and vast ballroom.

According to reports, the house’s current owner, a member of the Middle Eastern Royal family, has spent significant sums restoring it to its former glory

The current record for a London property sale is £136 million for a luxury apartment at One Hyde Park in Knightsbridge.