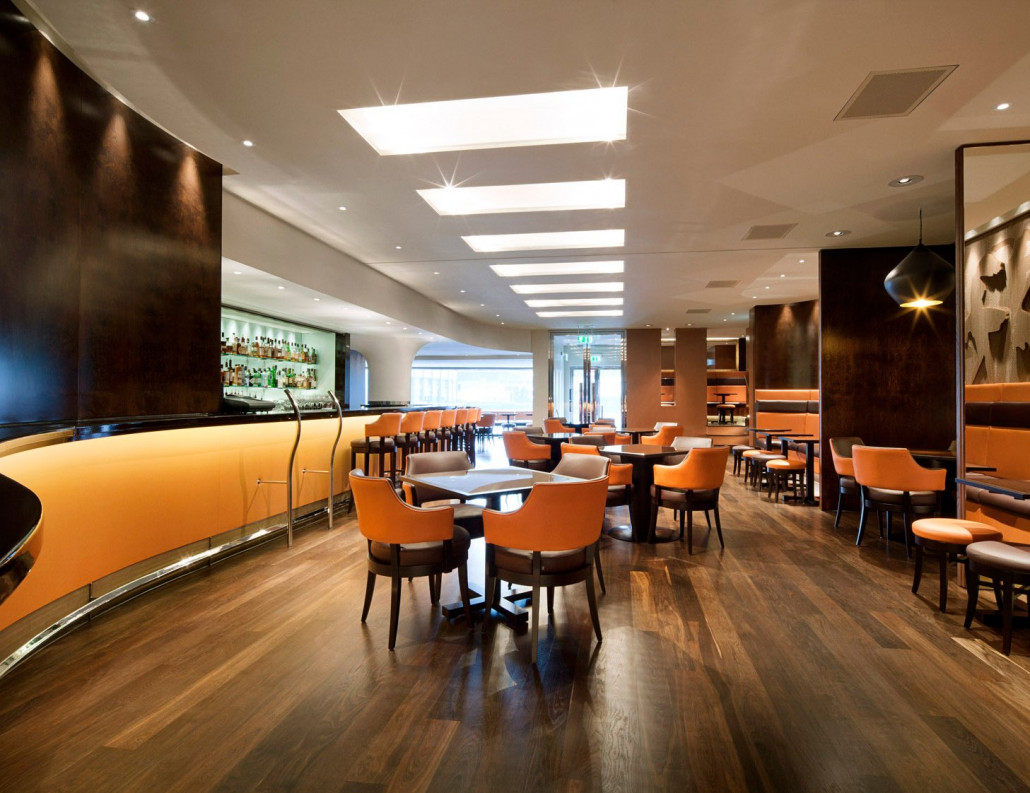 One of London’s most famous nightlife venues – the Met Bar on Park Lane – reopened last month following a major revamp.

Since it first opened in 1997, the Met Bar has become one of the capital’s most popular entertainment venues. Now the new-look bar features a 180 seat interior with a black sleek lava-stone bar top that snakes through the space capping a leather-clad bar front.

Rich timber sets off the warm tones of the burnt plum and butterscotch banquettes and chairs. Tables are back-painted glass with golden highlights reflecting the natural light which floods through during daytime from the newly created glass wall.

The evening brings a change of mood with the glass becoming etched, obscuring the vision from outside looking in. A raised private booth sits beside the staircase with views through to the main bar area.

The new Met Bar has also announced that it will be ending its “Members-Only” policy, making it accessible to all, from early in the day to late at night.