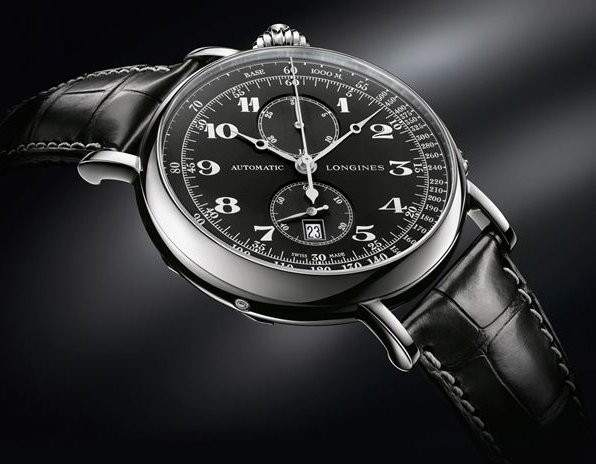 During that decade the U.S. Army requested the creation of a watch large enough for aviators to easily read and manipulate. The result was the Type A-7 timepiece, which has now given rise to an updated version, with the added term “Avigation” – a combination of “aviation” and “navigation”.

Featuring a distinctive angled dial originally designed to allow a pilot to read the timepiece without moving their arm or letting go of the controls, the new watch also boasts a large diameter of 49mm, as well as a fluted crown and white numerals.

Other notable features include a scratch-resistant sapphire crystal with several layers of anti-reflective coating on the underside, and a L788 calibre column-wheel movement developed exclusively for Longines.

The watch was launched as part of the brand’s 180th anniversary celebrations, which has been marked by the creation of a number of special pieces, including the new Type A-7, the 1942 Heritage Chronograph and the Monopusher Chronograph 180th Anniversary LE.