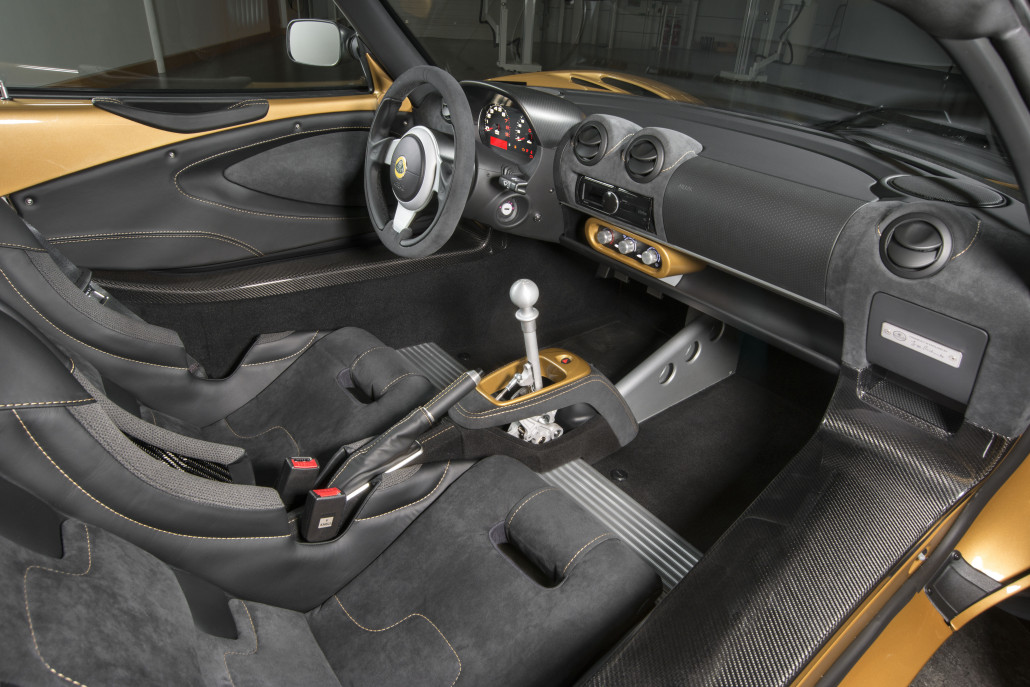 British sports car makers Lotus have marked its 70th anniversary by creating a limited edition race-car billed as one of the most accomplished models in the manufacturer’s history.

Limited to just 30 examples worldwide, Lotus Elise Cup 260 takes what is widely regarded as the benchmark for intuitive handling and driver involvement by integrating some of the latest design philosophies from some of its most high-performance models

Among the inspirations for the new car are stablemates such as the Exige Cup 380 and the mighty Evora GT430, as well as building upon the track and competition-only Elise Race 250.

Referencing Lotus’ motorsport successes, the new Elise Cup 260 has a laurel wreath decal on the left buttress and the Union Jack on both the rear wing end plates together with the option of finishing the car in iconic Championship Gold.

Not only the lightest ever Elise Cup, it’s also the heaviest at speed – with the car’s design and aero configuration generating up to 180 kg of downforce at 151 mph, and a 0-60 mph  time of just 3.8 seconds. Key to this exceptionally high level of downforce are the new louvred front wheel-arch vents, lightweight carbon fibre front splitter and wide high mounted rear wing.

With a no-holds-barred approach, the Elise Cup 260 includes nearly all of the lightweight Elise Cup options as standard, ranging from the sill covers, roll hoop cover, front access panel and engine cover which are all in carbon to the two-piece brake discs.

Jean-Marc Gales, CEO, Group Lotus, said, “Our philosophy for producing extraordinary vehicles is world famous, but the new Elise Cup 260 goes beyond what many believed possible from our smallest car.

“It is directly developed from the Elise race cars that are competing in series around the world, giving the ultimate Elise experience on the road. More power, motorsport components and the introduction of aerodynamics unheard of in its class make driving this Elise an unrivalled experience.”

The car is painted in Championship Gold to commemorate the forthcoming 70th anniversary. This colour will also be available across the whole Lotus range through the Lotus Exclusive programme, from November 2017 onwards.