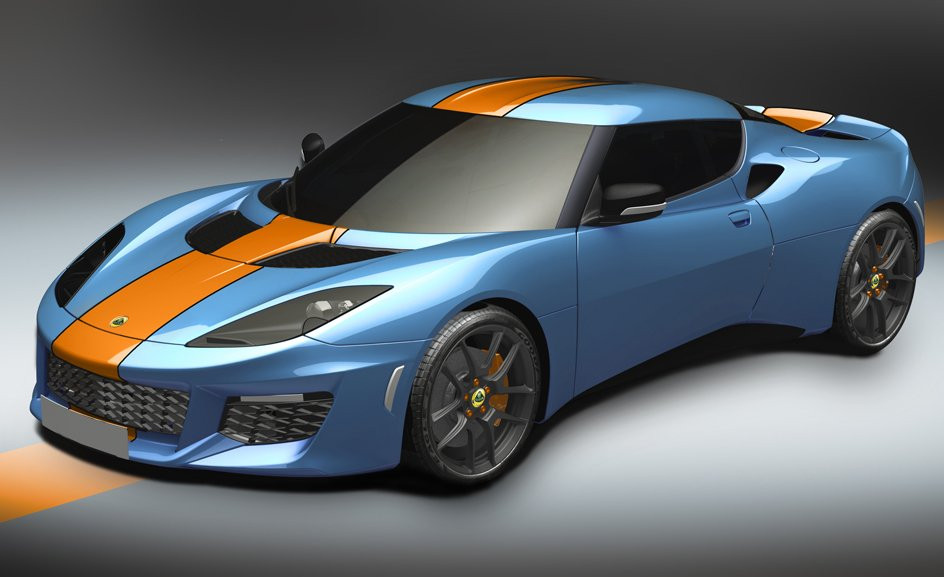 Among their most celebrated models in history, the Evora 400 is one of Lotus’s lightweight laboratory legends. With a low weight and exceedingly high acceleration, the car delivers a maximum speed of 186mph.

Powered using a 3.5-litre, V6 engine, Evora is any speed daemon’s dream to drive. Despite boasting a high-specification inside and out (mod cons such as air-conditioning and GPS come as standard) the designers at Lotus are proud to offer a made-to-measure service including a full range of performance options to transform any purchase into a Lotus Exclusive if the customer desires.

No wonder, then, that the people behind bespoke customisation have given the Evora 400 a makeover – except not in the most conventional way.

For the first time ever, based on surveys conducted via social media, Lotus have given motor enthusiasts free reign in deciding the colours for a limited edition run of the model. Intended to mark the 50th anniversary since the founding of the Lotus Factory and Headquarters in Hethel, Norfolk, voters deliberated over classic colours and more abstract combinations; some established by Lotus themselves and others retro classics.

After a period of online deliberation, the outright winner was revealed. Blue and orange were the colours chosen to crown the Evora 400 with its new 1960’s inspired racer stripes.

It wasn’t just the inside that benefits from the face-lift. Inside there’s a dazzling new-look, with jet-black upholstery contrasting against fiery orange stitching. The palette was strict and the result was a distinctive yet subtly vintage experience.

Jean-Marc Gales, CEO of Group Lotus, remarked, “Any one of the designs in the poll would have been a worthy winner. So now that the poll has finished and with thousands of votes cast, we have decided that the winner will make it into production.

"We only plan to build 10 of these Evora 400 sports cars in total so with their rarity, I expect them to quickly become very desirable.”

So, with high-desirability and the expectation to sell-out in rapid speed, will letting the public personalise a new brand of sports car in a social media campaign become the new trend?