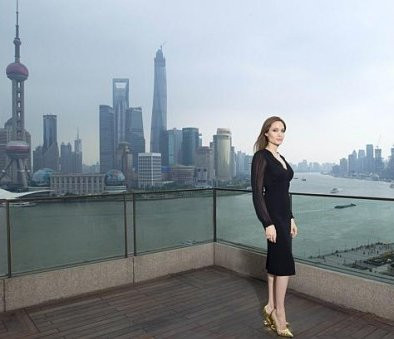 The Malangeli shoes were created for Jolie’s recent press tour to promote her latest film “Maleficent”.

They are available in black and red and feature a striking twisted heel to symbolise a curl of smoke.

Maleficent is based on a fictional character from Walt Disney's 1959 film Sleeping Beauty, and follows the story of a vindictive fairy driven to curse an infant princess.

The shoes grabbed attention after being worn by Jolie during the film’s press tour, including on the red carpet for the movie’s premiere.

Christian Louboutin set up his own eponymous company in 1991. Mainly renowned for its women’s shoe designs, it has grown to become one of the world’s most iconic fashion labels.