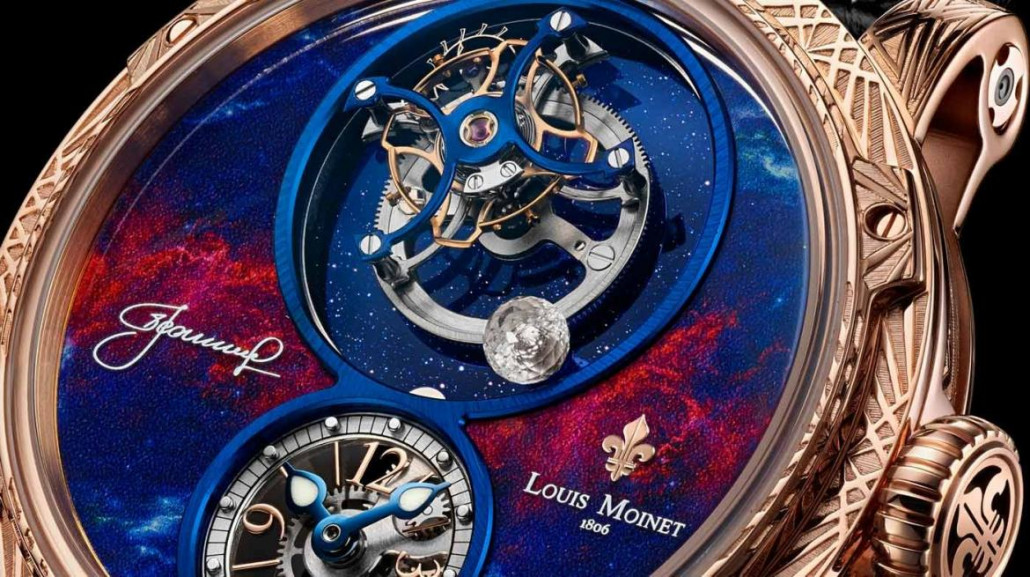 French luxury watch brand Louis Moinet has created a stunning new timepiece that pays tribute to the first man to ever walk on the moon.

Called the SpaceWalker, the watch honours Alexey Leonov, who became the first man in the world to perform a spacewalk on 18 March 1965.

Immortalising Leonov’s iconic odyssey the SpaceWalker has an aventurine dial with colours that give the watch an otherworldly air.

At 12 o’clock is the oversized tourbillon that represents Leonov’s spaceship, Vokshod 2, with a diamond revolving around it. The choice of gemstone is significant – while aboard the Vokshod 2, Leonov and his partner used the codenames Almaz-2 and Almaz-1 respectively. Almaz is the Russian word for diamond.

The dial uses exclusive graphic composition that shoes off an artistic representation of the universe which Leonov witnessed on that historic day. Meanwhile a red haze represents a nebula.

The watch offers hour and minute functions as well as a sapphire crystal caseback that lets you view the movement. Buyers can choose from either an engraved rose or a white gold edition, with each limited to 12 units.

Founded by eponymous horologist, sculptor and painter Louis Moinet, the Louis Moinet brand is one of the world’s most historical watchmakers.