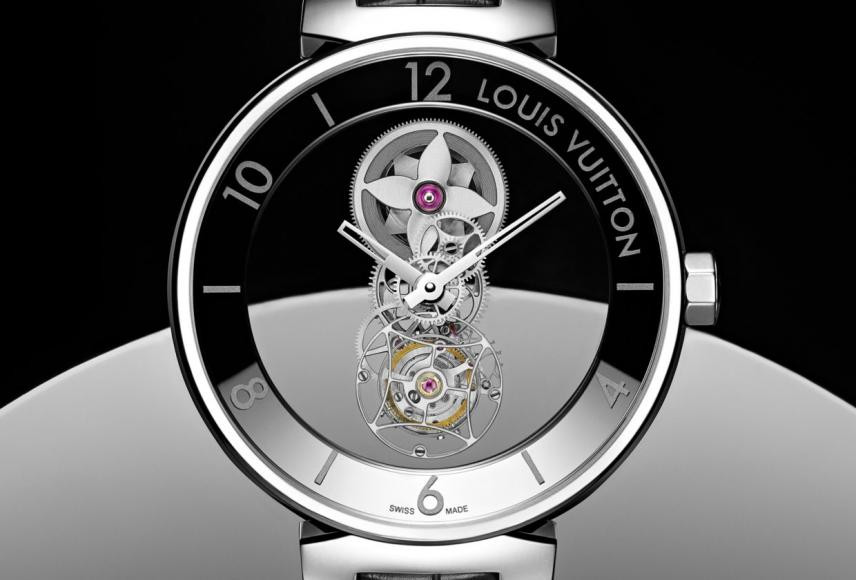 A new addition to its hugely popular Tambour collection, the latest timepiece builds on the ‘mysterious movement’ trend, combining it with a flying tourbillon and arranging these elements in an eye-catching line.

Mysterious movements are increasingly common in watches today, with compatriot French luxury brand Cartier being particularly known for their take on this distinctive style.

The Mysterious Flying Tourbillon boasts a 45mm platinum case and is powered by the manually wound LV110 calibre.

Meanwhile the movement boasts an impressive eight-day power reserve, while at 12 o’clock is the brand’s signature monogram flower which also appears on the flying tourbillon.

Other notable features include a black alligator strap while included in the price Louis Vuitton will also engrave the back the back of the tourbillon carriage with the owner’s initials to add a personal touch.

Last month Louis Vuitton added the Tambour Slim Metallic Flower to its Tambour collection, taking its name from the eye-catching floral pattern on the dial that elegantly reinterprets the monogram flower.