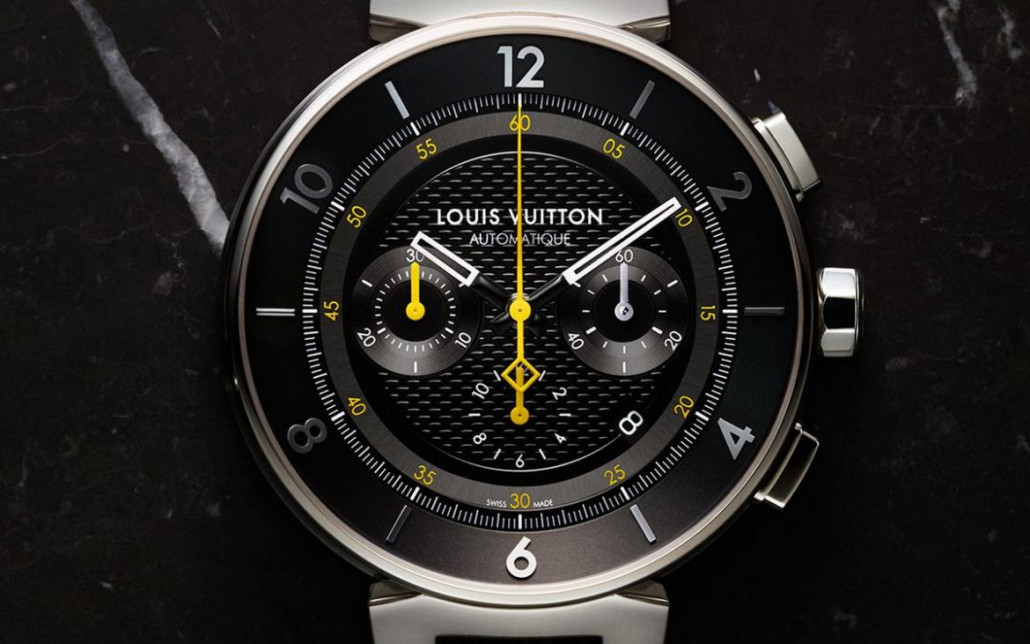 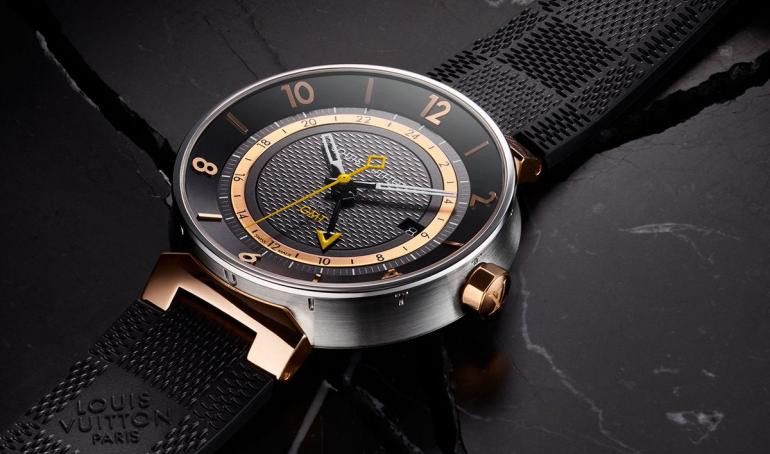 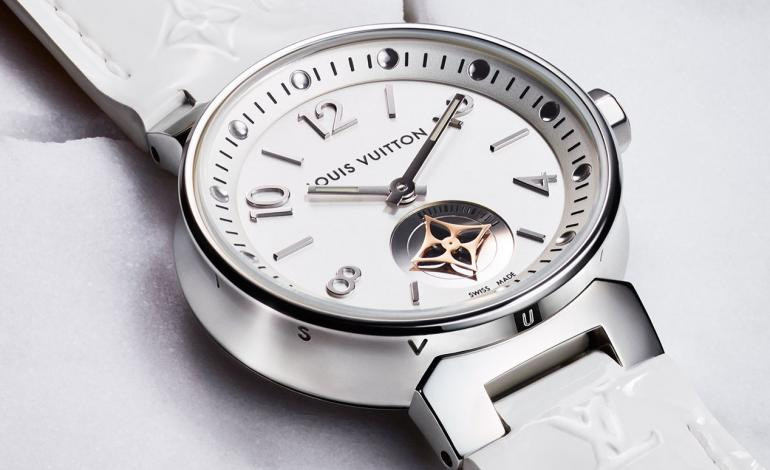 Iconic French fashion house Louis Vuitton has continued its push into the luxury watch sector with the launch of a brand new collection of lavish timepieces.

Called the Tambour Moon Collection, the men’s and women’s watches boast a striking case middle with a concave curve that gives them a crescent shaped profile – hence the name ‘Tambour Moon’.

The 18 piece women’s range includes case sizes from 25mm to 39.5 mm with dials in black, white and mother-of-pearl. All the women’s cases are in stainless steeel and are powered by quartz movements, while the monogram four corner star is a signature detail at 6 o clock.

Meanwhile the men’s models are all powered by self-winding mechanical calibres housed in 41.5 mm and 44mm stainless steel cases and come in largely neutral designs and colours, with one notable exception – eye-catching yellow hands and details.

All the watches allow the wearer to change the straps as they please courtesy of a patented system integrated into the straps, with a grand total of 40 different straps available for both the men’s and women’s ranges.

In July, Louis Vuitton announced it would be joining the smartwatch revolution with the Tambour Horizon, an Android-powered stylish smartwatch created in partnership with tech giants Google and wireless innovators Qualcomm.