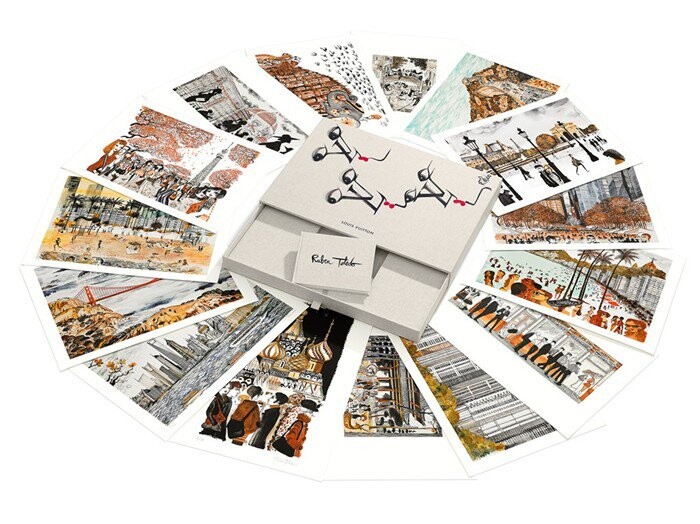 Limited to just 30 individually numbered copies, each book is signed by Cuban-American artist Ruben Toledo, whose work has featured in the guides since they were first published 15 years ago.

A total of 30 portfolios featuring 15 drawings printed on pure cotton paper appear in the books, which is presented in an elegant drawing box each featuring an individual and original artwork by Toledo.

Born in Havana, Cuba, in 1961, Toledo has created illustrations for prestigious magazines and newspapers including The New Yorker, Vogue, Visionaire, Interview and the New York Times.

The book is due for release in Sprint 201 and is currently available to pre-order in select Louis Vuitton stores, priced at €6,000.