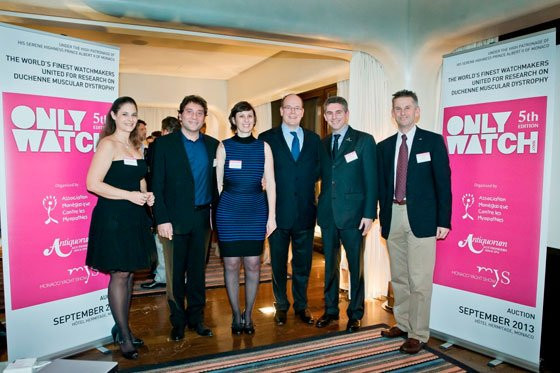 Iconic luxury goods brand Louis Vuitton have revealed their contribution to this year’s prestigious Only Watch auction in Monaco, which takes place next month.

The watch was designed in collaboration with Paul Pettavino, whose father is the president of the Monaco Association against Muscular Dystrophies, the charity that the auction supports. Paul is a sufferer of Duchenne muscular dystrophy.

The regatta timing is managed by a button on the case positioned at 8 o’clock, with a simple Push of the button setting the watch to regatta timing mode.

The Only Watch auction was established in 2008 to raise money for duchenne muscular dystrophy, a degenerative neuromuscular disease affecting 1 in 3,500 young boys around the world.