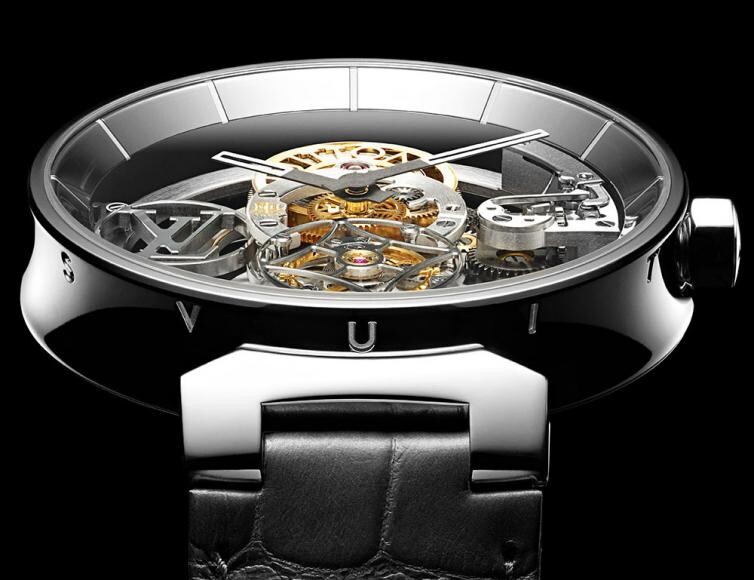 Some 15 years ago, Louis Vuitton launched its now-famous Tambour timepiece to great acclaim. Over the years it has undergone a number of transformations, and now it has received another.

The new line of Tambour watches come with a striking new case design called the Tambour Moon, designed to mark the 15th anniversary of the original version.

French for “drum”, Tambour was the name Louis Vuitton selected owing to the drum-like shape of the case. While still resembling a drum, the new Tambour Moon case features concave sides and a quick-release system for changing straps.

The “Moon” part of the name refers to the inward curve of the case which was inspired by the celestial body. The flagship of the new line is the Louis Vuitton Tambour Moon Flying Tourbillon “Poinçon De Genève” watch, which showcases a skeletonized tourbillon movement certified with the prestigious Poinçon de Genève.

The flying tourbillon has a delicately open-worked carriage, giving the impression of extreme lightness. The case of the watch is platinum and sized is 42.5mm in width and is just 9.65mm in thickness.

“We need design that matches the spirit of today. Having said that we have big respect for the tradition for the craft and always make sure how we do our contemporary design is produced of the highest quality and highest craft,” said Hamdi Chatti, CEO of Louis Vuitton Timepieces.

The Tambour Moon collection will launch in-store at Louis Vuitton boutiques in July and is made to order, with pricing only on request.