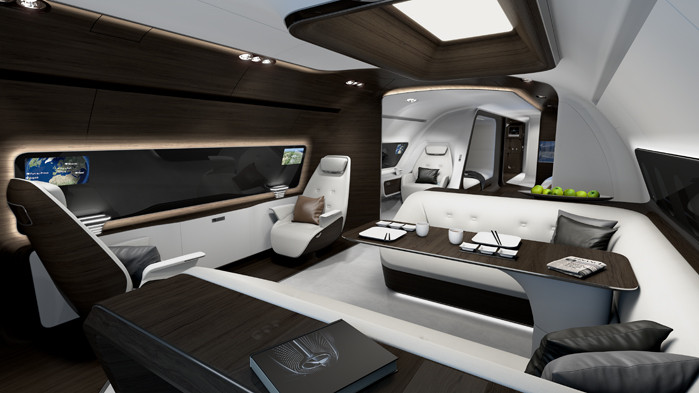 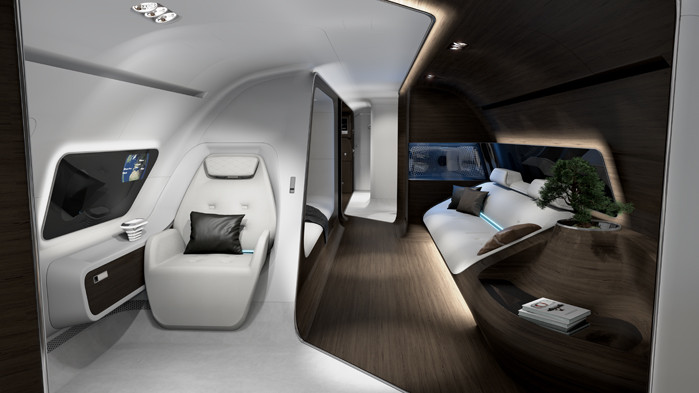 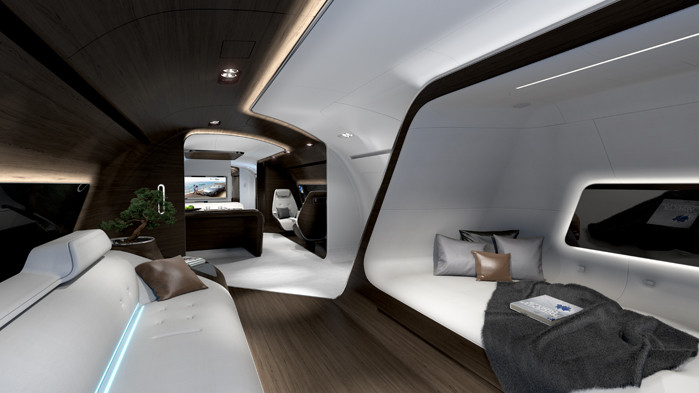 German airline Lufthansa has renewed its partnership with luxury car-making compatriot Mercedes by designing a new version of their ultra-lavish private jet cabin.

The original version, called the Mercedes-Benz Style VIP Cabin, was first showcased at the 2015 EBACE show in Geneva, but this latest iteration, unveiled at the 2018 edition of the same show, takes luxury jet cabins to a new level.

The brown and white interiors have been exchanged with sportier grey and black, along with the use of carbon fibre, giving it a more dynamic appeal. The cabin features black panels which are inspired by the design of dashboards in AMG sports cars.

Meanwhile Mercedes-Benz Magic Sky technology allows the panels to be dimmed electrically from black to transparent. Displays and touch screens for entertainment and information screens can also be integrated into the black panels.

“Based on the large international interest and positive feedback which we have achieved so far, we have decided to develop a second variant of our extremely well-received Mercedes-Benz Style VIP cabin,” says Wieland Timm, Senior Director Sales, VIP and Special Mission Aircraft, at Lufthansa Technik.

“We want to reach new customer groups with a strong affinity for a unique sportive design. That’s why we took inspiration from Mercedes-AMG and their worldwide successful performance and sports cars, being the brand of the Daimler group which stands for cutting-edge technology, exclusivity and performance since decades.”

Lufthansa is the world's fifth-largest airline in terms of overall passengers carried.