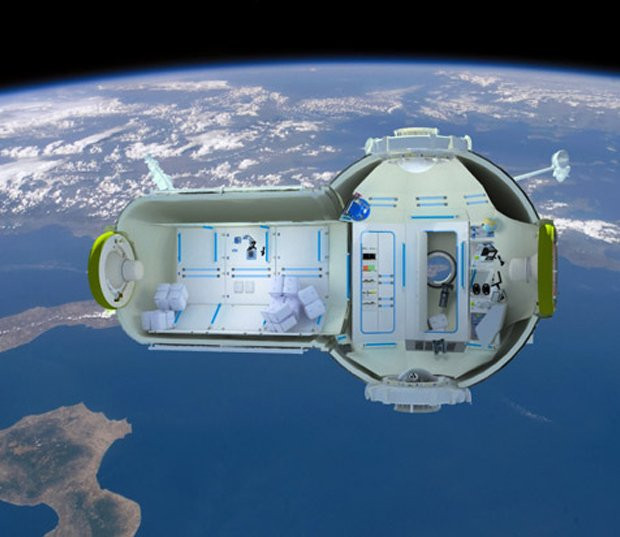 A commercial Space Station set to launch into orbit by 2016 will double as a luxury hotel for six months of the year, a Russian aerospace company has announced.

Unveiled at last week’s MAKS 2011 Airshow in Moscow, the unique space-tourism concept is the brainchild of Orbital Technologies, and will cost about $1 million for a week-long trip, including travel in a Russian Soyuz rocket.

Similarly to the International Space Station, the new space lab will be used for cosmological science and emergency docking. But for around six months of the year, it will be transformed into a fully equipped luxury hotel pod capable of housing seven guests, as well as an experienced space crew).

Large portholes will offer stunning views of outer space, and each of the four cabins will be fitted with binoculars and cameras.

Guests will sleep in zipped-up sleeping bags (in horizontal or vertical positions), wash in sealed shower cubicles and eat lavish dishes prepared on Earth and microwaved in space.

Other space-related ventures announced at the Moscow airshow include plans to fly tourists to the moon and, by 2030, to Mars.