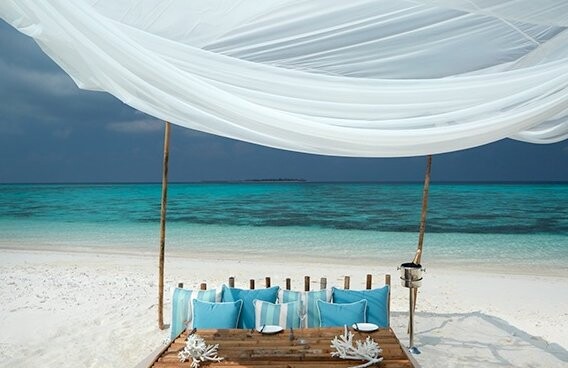 An idyllic private island in the Maldives is to become home to a brand new ultra-luxury resort.

Part of the northernmost and largely uncharted Raa Atoll islands, Loama Resort Maldives at Maamigili is set on an island with an intriguing past, having once served as the playground of ancient kings.

The resort features over-water villas perched above the turquoise Indian Ocean, each boasting elaborately-crafted thatched coconut roofs. Inside the villas, traditional Maldivian ornamentation can be found alongside modern conveniences such as outdoor decks and rain showers.

Other notable features dotted around the resort include a state-of-the-art spa and a choice of six restaurants.

Furthermore, as a tribute to the Maldives’s rich cultural history, the resort has also established the islands’ first gallery of contemporary Maldivian art, Loama Art Gallery, in a over-water pavilion near the resort’s main arrival pier.

The gallery houses an important collection of artefacts from key periods of Maldivian history, from 15th century Chinese porcelain to a pair of 11th century sunken baths.