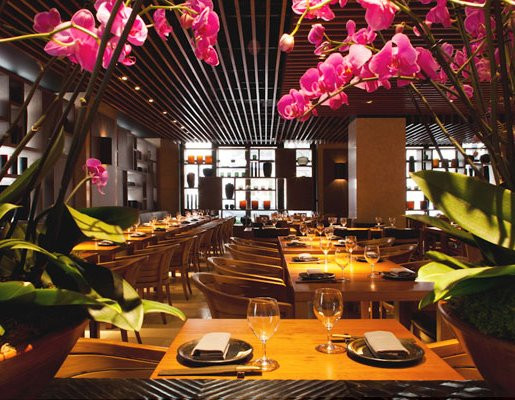 The Mayfair restaurant has responded to soaring demand from its well-heeled clientele by making the sought-after delicacy available to purchase over the counter, in addition to appearing on the in-house menus.

Two versions of caviar will be for sale at Novikov. The first is Selected Caviar, commonly referred to as Russian sturgeon, and is sourced from the Baltic Sea river estuaries, east of Rostock in Germany.

The second, Hybrid Caviar is produced through the cross-breeding of two sturgeons, both found in the Amur River basin that straddles the border between north-eastern China and the Russian Far East.

Novikov’s caviar undergoes a stringent quality control process after being flown to London for inspection Out of a recent shipment of 100kg, only 17kg was deemed to be good enough.

The Hybrid Caviar currently sells at Novikov for £2,400 per kilogram. A 120g retail pack will be priced at £300