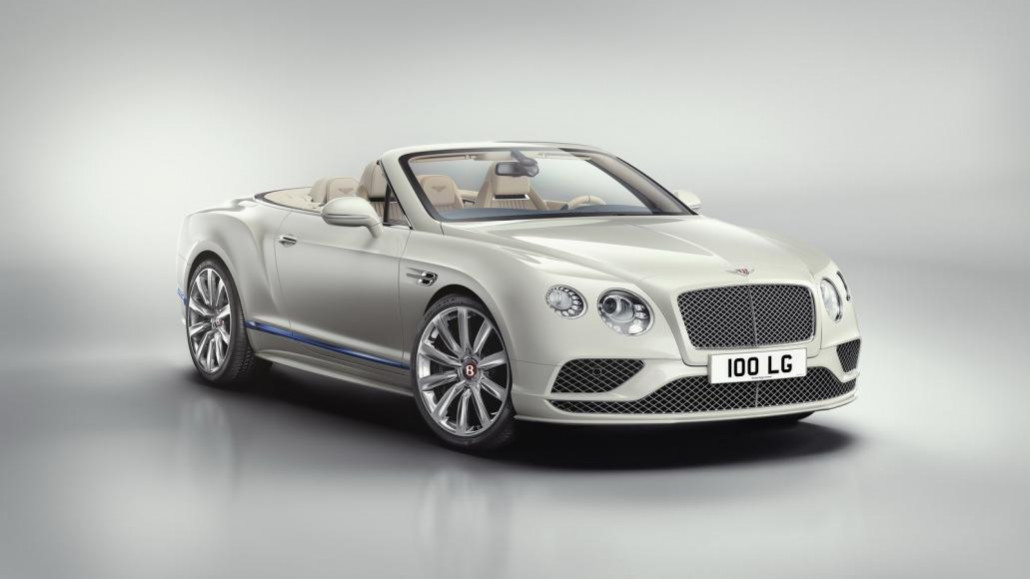 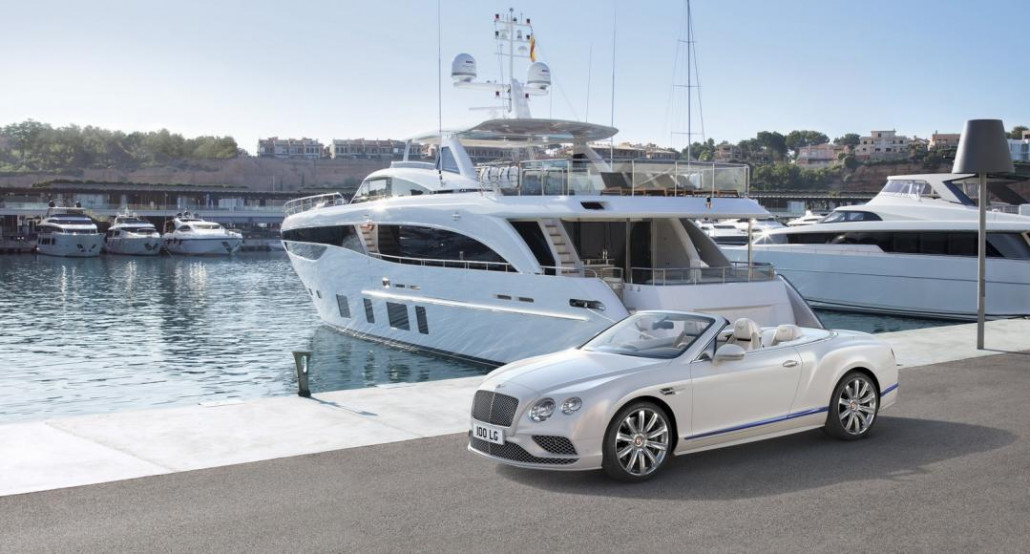 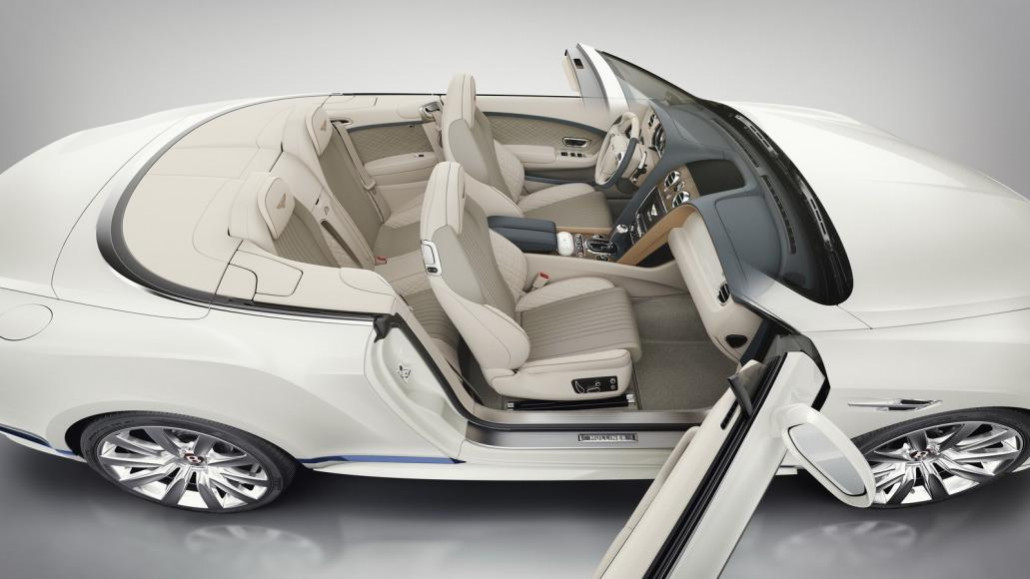 The relationship between luxury cars and luxury yachts is long-standing and has taken a fresh turn in recent years with the launch of several speedboats inspired by the automobile world.

Now that trend has been flipped on its head with the unveiling of the special edition Bentley Continental GT Convertible that has been directly inspired by the world of pleasure boats.

Called the Bentley Galene, the car has been named after the Greek goddess of calm seas and was created in collaboration with renowned British shipyard Princess Yachts.

Throughout the car are a number of nods to luxury temples of the sea, including a yacht-like Glacier White paint with Sequin Blue motifs on the outside, and a dark blue-finished canvas top and 21-inch Propeller alloy wheels.

A bespoke open-pore wood finish called Pinstripe Walnut adorns the interior, while the dashboard is painted in Glacier White and features a hand-painted illustration of a superyacht next to the Mulliner script by Spanish illustrator Jaume Vilardell.

As for performance, the special edition is powered by a 4.0-litre twin-turbo V8 that churns out 500 horsepower.

Only 30 examples of the limited edition Bentley Galene will be made. Pricing has not yet been confirmed.