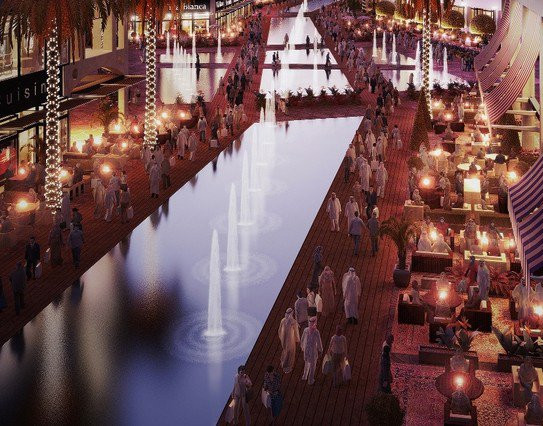 French luxury goods conglomerate LVMH are to partner with a major developer to build one of the largest luxury malls in the United Arab Emirates.

LVMH have teamed up with the Tourism Development and Investment Company (TDIC) to embark on the ambition plans, which will see a 168,000 square metre mall erected on Saadiyat Island, off of the coast of Abu Dhabi.

The three-storey mall, which will connect to three planned mega museums. on the mainland, is to comprise more than 550 stores, including high-end luxury and fashion brands, department stores, home furnishing chains, art galleries and family entertainment venues.

L Real Estate, a property development and investment fund sponsored by LVMH, will work alongside TDIC to develop the mall.

Construction is scheduled to begin in 2014, with completion slated for 2017 to coincide with the opening of the Abu Dhabi Guggenheim Museum.

Late last year LVMH announced they would be entering the hotel resort sector with the opening of a 45-villa Maison in the Maldives.