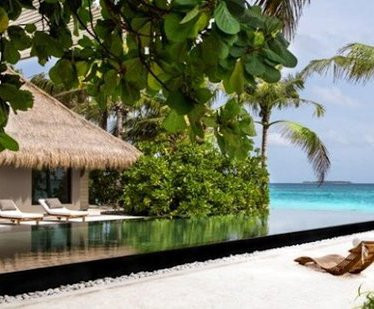 French luxury goods conglomerate LVMH are to enter the hotel resort sector in 2013 with the exclusive opening of a 45-villa Maison.

Named Cheval Blanc Randheli, the residence will be situated on the Noonu Atoll Island of the Maldives and will feature overwater garden villas, private four-bedroom villas and other lavish accommodations, all created by renowned designer Jean-Michel Gathy.

Other notable amenities will also include a French fusion restaurant overseen by three-Michelin starred chef Yannick Alléno, and a luxury spa.

The property is located 40 minutes from the international airport in Malé, the capital of the Maldives. Guests are transported to the resort by Cheval Blanc’s private seaplane.

News of the proposed LVMH resort adds to a growing list of global luxury fashion brands to have entered the hotel sector. Bulgari Hotels & Resorts and Missoni are just two notable names who have already opened hotels across the world.