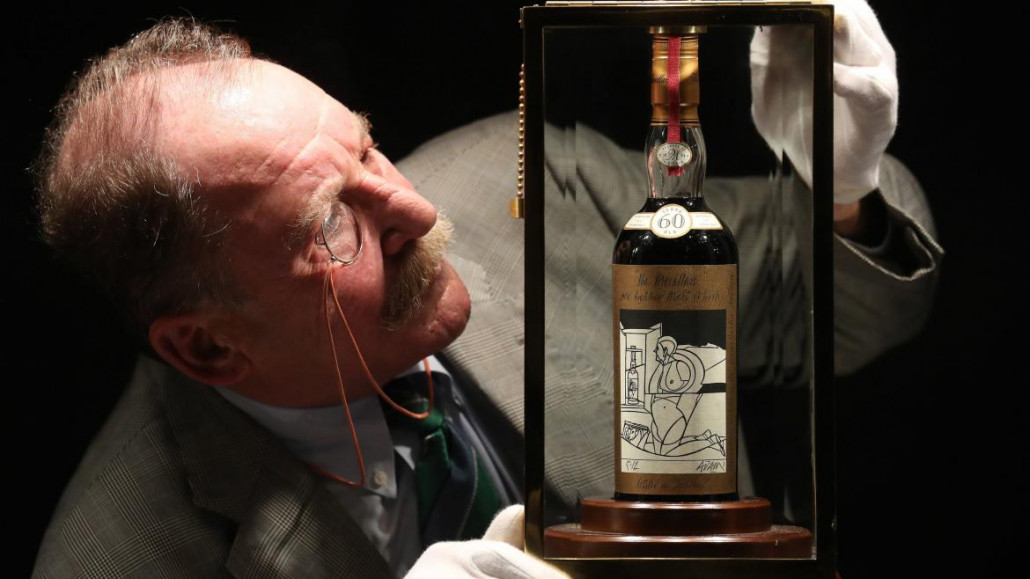 A bottle of the 60-year old Macallan Valerio Adami 1926, one of the world’s most highly sought after whiskies, has sold at auction for an eye-popping price of more than $1 million.

The ultra-rare whisky was purchased at the Rare Whiskies sale held by Bonhams by a private collector from Asia who bid by phone and chose to remain anonymous.

The spirit, which had remained in a vat from the time it was bottled in 1926 up until the current day, is unique for its combination of rarity, vintage and unique artwork – the latter being the creation of pop artists Peter Blake and Valerio Adami who designed labels for a limited edition of 24 bottles.

The latest bottle has been sold in a specially-commissioned cabinet and is said to have been bought by its previous owner directly from the Macallan distillery for an undisclosed sum in 1994.

Martin Green, whisky specialist at Bonhams, said “Such whiskies are collectors’ items because of their rarity and will probably not actually be drunk.

Mr Green, widely considered one of the world’s most eminent whisky experts, went on to describe the whisky as “the Rolls Royce of malts".

A bottle of Macallan Valerio was also sold in May this year for approximately $10,55,664.