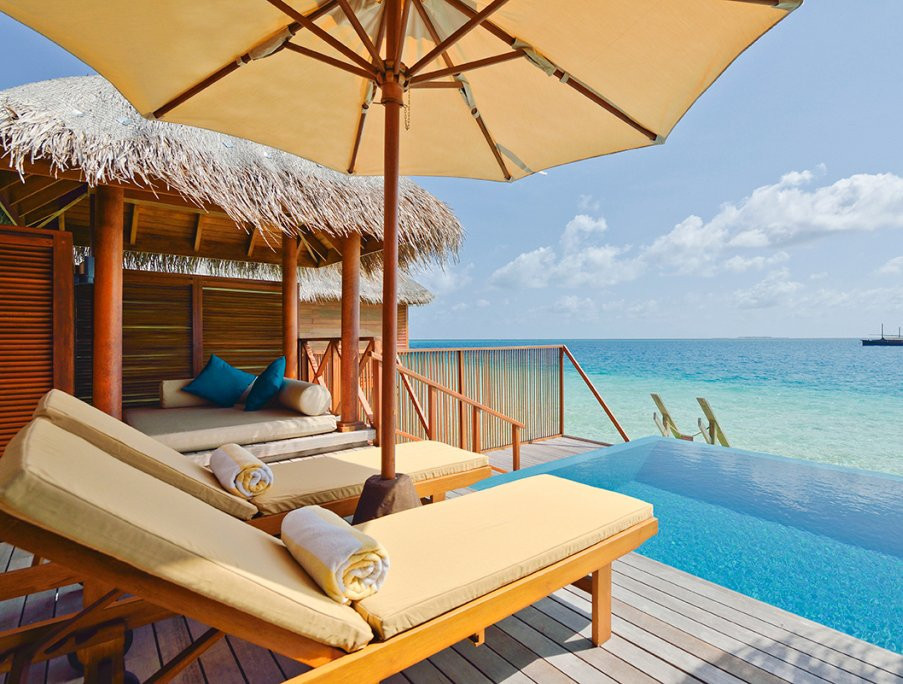 A luxury resort in the Maldives has reopened its doors following a ten-week renovation programme.

Situated on an island in the North Malé atoll of the Maldives, the Huvafen Fush retreat has undergone upgrades to its bungalows and pavilions, as well as being furnished with a new outdoor lounge area and fresh restaurant menus.

Run by Per Aquum Resorts and Spas, Huvafeh Fush is one of the most highly-regarded resorts in the entire region, and it hopes to attract even more visitors to its lavish confines with its new and improved amenities.

Neil Palmer, Chief Executive Officer Per AQUUM, saod:“As the flagship Per AQUUM property, we wanted to build on the iconic design of Huvafen Fushi by complementing its visionary DNA.

“Now in its 8th year of operation it was important to introduce some new concepts that would not only update the property but also ensure we retain our competitive edge within the Maldives.”

Seven nights at Huvafen Fushi costs from £2,179 per person based on two sharing a Beach Bungalow with Plunge Pool on a half board basis, including return speedboat transfers.