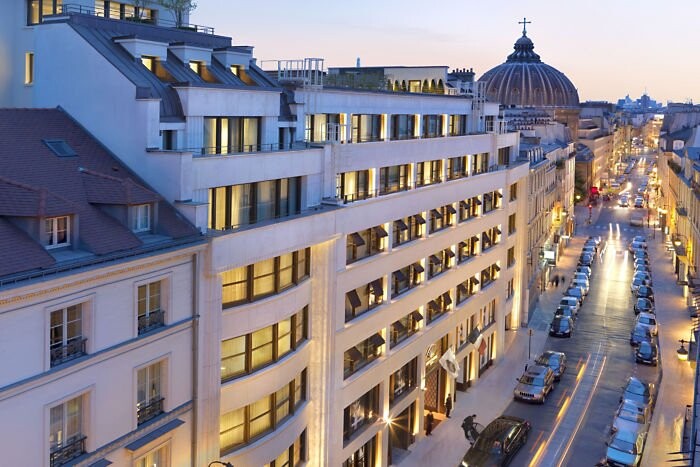 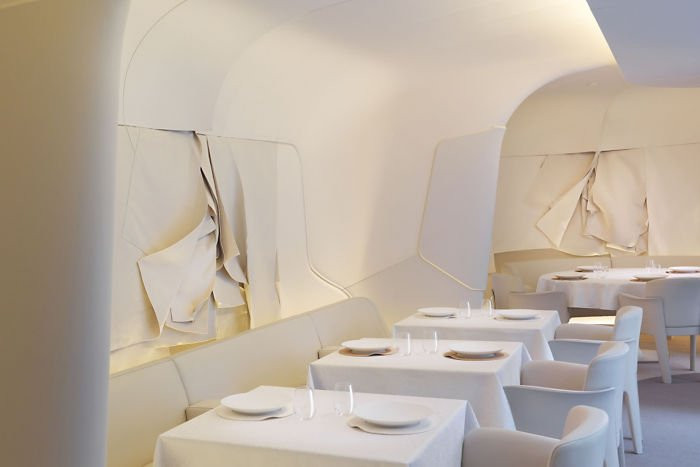 With properties spanning three continents, the absence of a Mandarin Oriental on the Parisian cityscape until less than two years ago was something of a surprise given the French capital’s status as an international hub for luxury. But this anomaly was rectified in June 2011 when the city's prestigious rue Saint-Honoré became host to the latest in the group’s global offerings.

Nestled alongside retail stores bearing the names of renowned luxury brands such as Colette, Valentino and Frey Wille, but far enough from the bustling tourist zones laying further west to afford a degree of calm to the locality, the 138-room hotel is perfectly positioned for the demands of its well-heeled clientele.

Constricted by its 1930s listed status, as well as the sheer narrowness of the street, a low-key façade means the visual drama begins within the hotel’s interior. The Asian brand has brought with it to Paris several flavours of the orient – first apparent in the gold-leaf entrance and also the luscious, glass-cased patisserie (a trademark of Asian hospitality) found through the lobby at the entrance to Camelia, one of the hotel’s two restaurants.

Spacious and airy, the rooms are decked out with top-of-the-range audio-visual equipment and ambient, space-age style lighting. Super-sized beds are adorned with mattresses so comfortable the hotel should offer room service to prize you off it, whilst the bathrooms are veritable temples of luxury, featuring walk-in showers and bath (complete with built-in television) and combining frosted glass, white marble and black mosaic.

Stunning though the rooms are, the stand-out features of the hotel can be found elsewhere. At Camelia, overseen by celebrated chef Thierry Marx, who also runs the hotel’s two-Michelin-starred Sur Mersure restaurant, they provide superb food, with al fresco eating offered in the landscaped courtyard garden. But the delightful setting is still overshadowed by the food, which combines delicious light flavours with beautiful presentation.

Then there is the spa. One of the largest in Paris, it is spread over two levels, comprising a 14-metre indoor pool flanked by coloured glass alcoves with soft seating, sauna and steam rooms, and treatment rooms for massages and a smorgasbord of signature therapies. A waterfall feature at the back of the pool delivers an unbroken trickle that serves as a backdrop to ambient music played into the spa’s serene confines.

To be ensconced in such tranquil isolation, just metres from the hubbub of a major urban metropolis, is perhaps the embodiment of the enduring appeal of luxury city hotels. And just as it demonstrates through the fusion of European glamour with an Asian twist, nowhere is the synthesis between divergent worlds better conjured than at the Mandarin Oriental.