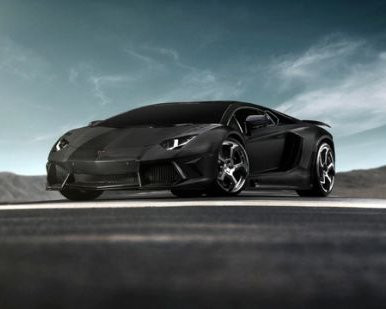 Limited to just six models only, the Mansory Carbonado – named after after the black diamonds found in Africa and Brazil – boasts an array of new features and visual elements, the most notable being that almost ever panel has been swapped for a bare carbon fibre substitute.

The addition of carbon fibre has increased the width of the car by 50mm at the front and 50mm at the rear. Other modifications include a new high performance exhaust, with increased power of 743bhp (from 690bhp) and an improved top speed of 221mph.

On the car’s interior, premium leather has been used for the seats and across the dashboard whilst a pure carbon fibre steering wheel and anti-slip aluminium pedals complete the ultra high spec.

Founded in 1989, Mansory has grown to become one of the world’s most highly regarded luxury car modification firms and have worked with brands including Ferrari, Mercedes-Benz, Lamborghini, Aston Martin, Bentley, Rolls-Royce, Maserati, Porsche, Range Rover and Audi.