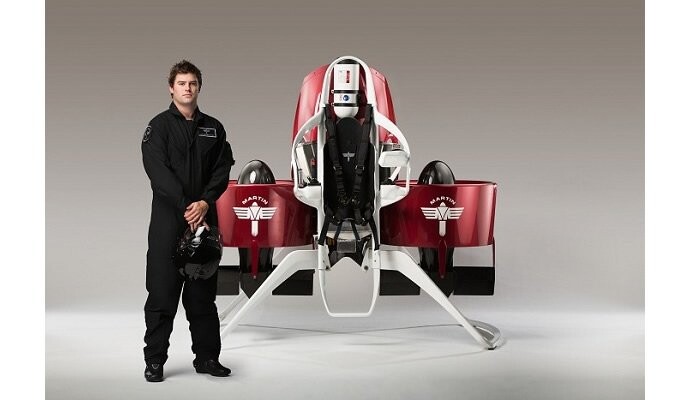 The Martin jetpack, which uses fans to fly at more than 3,000 feet, could be on sale next year, more than three decades after the idea was first mooted.

Developed by New Zealand company Martin Jetpack, the petrol-fuelled jetpack’s latest prototype – called the P12 – was showcased at the Paris Airshow last week and commercial production is set to follow in the near future, according to its makers.

Featuring a V12 gasoline engine, the jetpack uses ducted fans – as opposed to jet propulsion – to reach a top speed of 46 miles per hour and can fly for more than half an hour at a time. Protective bars around the pilot, and a parachute system, will protect anyone flying it.

First conceived in 1981 by developer Glenn Martin, the Martin Jetpack underwent its first tethered flight in 1997.