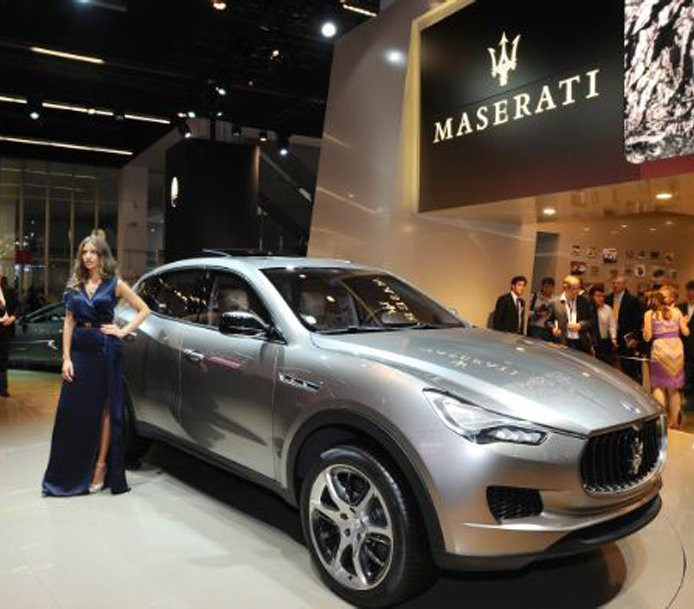 Described by the car-maker as the “the first tangible look at Maserati's future”, the Kubang is the firm's first attempt at a sports luxury SUV since the Kubang concept revealed at the Detroit Motor Show in 2003.

However, whilst that model never reached the market, the new Kubang is set to go on sale next year as part of Maserati’s drive to increase the brand’s production quota.

Based on the same mechanical package as the Jeep Grand Cherokee, the sleek four-door SUV integrates Maserati's trademark rear haunches into a coupe-esque body with a shallowly raked rear.

It will be powered by both a version of Maserati’s 4.7-litre V8 and a 3-litre V6 diesel version in Europe. Drive will be supplied to all four wheels via an eight-speed automatic gearbox.

Maserati have said that whilst the car’s chassis and suspension will be sourced from within the Fiat Group, the engines, as well as performance settings such as suspension, brakes and steering will all be exclusively developed in Modena, Italy.

The new Kubang will challenge the Porsche Cayenne and Range Rover Sport in the marketplace when it is released next year.