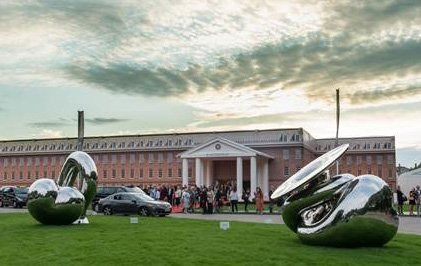 The Preview Day of the sixth edition of Masterpiece London ended with reports of record visitor numbers and strong sales across the board.

Drawing collectors, curators, and designers from all over the world to pore over works of art spanning over 4,000 years of art history, this year the Fair welcomed a record 8,900 visitors on its opening day to the Thames side location of the Royal Hospital Chelsea, an increase of over 26% on last year.

Notable sales reported include that of the prime piece at Rupert Wace Ancient Art, Hygiea for a six figure sum, while Symbolic & Chase sold an important diamond and ruby Boucheron cuff for a seven figure sum.

Richard Green also got off to a good start, including the sale of a fine painting by L.S. Lowry and Dickinson sold works by Chagall, Miró and Rodin.