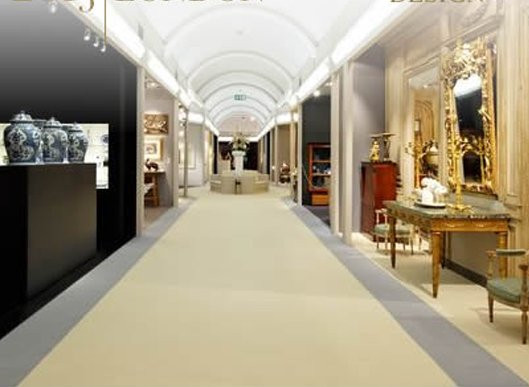 The 2013 edition of Masterpiece is currently taking place in London, drawing art fans, collectors and industry professionals from around the globe together for one of the art world’s most prestigious events.

Set in the spectacular South Grounds of the Royal Hospital Chelsea, west London, the fair, which first launched in 2010, features more than 160 internationally renowned exhibitors displaying a diverse range of art, antiques and design pieces.

Amongst the famous names represented are modern masters Pablo Picasso and Joan Miró, as well as contemporary giants Bill Viola and Marc Newson. Tudor and Renaissance treasures including works by Albrecht Dürer, Nicholas Hilliard and the newly discovered Mary Tudor pearl are also on display.

Some of the most striking pieces at this year’s event are being showcased by watch and jewellery makers, including Swiss brands Vacheron Constantin and Bogh-Art, as well as British designer Theo Fennell.

A new feature at the fair this year is the Sculpture Walk, which sees several pieces dotted around the grounds of the venue, including a towering 16-ton Chillida sculpture which recently sold for a for a world record £4.9 million at auction.