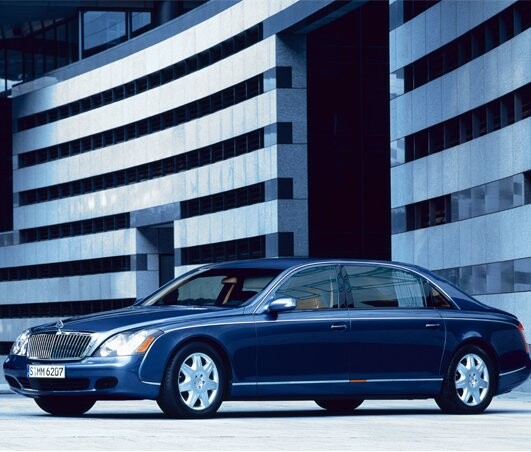 The Maybach 62 Guard has been reinforced with steel and high-strength synthetic fibre,offering a defence against blunt instrument or handguns up to .44 caliber at point-blank range.

Reinforced steel has been built into the car’s roof, rear wall, firewall, doors and floor, whilst Kevlar blankets, similar to those used in body armour, have been incorporated to absorb bullets that pass through the steel.

There is also a special alarm system, including alarm activation buttons at every seat, along with an intercom system to allow communication with people outside the vehicle without opening a window.

As an added bonus, Maybach claims that since the base was already designed for the extra weight of the vehicle, no changes have been made to the drive train, suspension or breaking-system, ensuring no decline in performance.