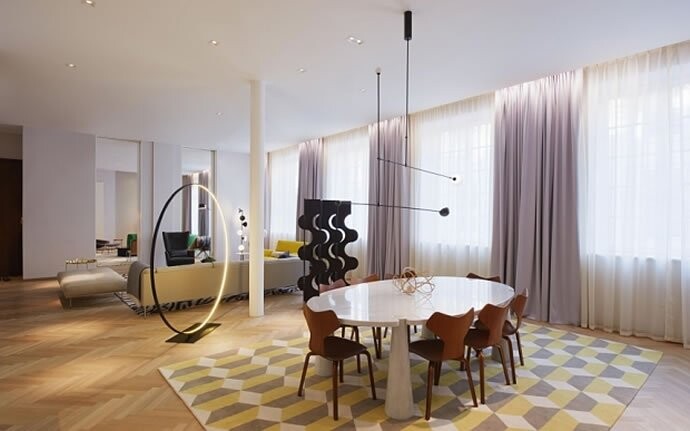 Mayfair Apartment on Market for £16 Million

A vast, opulent apartment in the well-heeled London district of Mayfair has gone on the market for nearly £16 million.

Located on the first floor of a brand new property development called The Mellier on Albemarle Street, the three-bedroom apartment is spread over more than 3,500 square feet and contains a balcony, three ensuite bathrooms and a library.

Other notable features include an 82 foot, eight-window front, a drawing room, a walk-in dressing room in the master bedroom and a private lift lobby, while the owner also benefits from an on-site concierge service.

The apartment opens directly into the main drawing room and has a sliding wall dividing off the kitchen.

Peter Wetherell, chief executive of one of the property’s selling agents Wetherell’s, said: “This magnificent lateral residence has the tallest ceilings and largest room dimensions of any new Mayfair apartment currently on the market.”

The Edwardian building once served as the European headquarters of US car maker Buick for almost three decades, during which time visitors included Edward, Prince of Wales and Wallis Simpson; Princess Marina, Duchess of Kent and English actress Gracie Fields.

Wetherell are selling agents for the apartment along with Knight Frank and Savills.