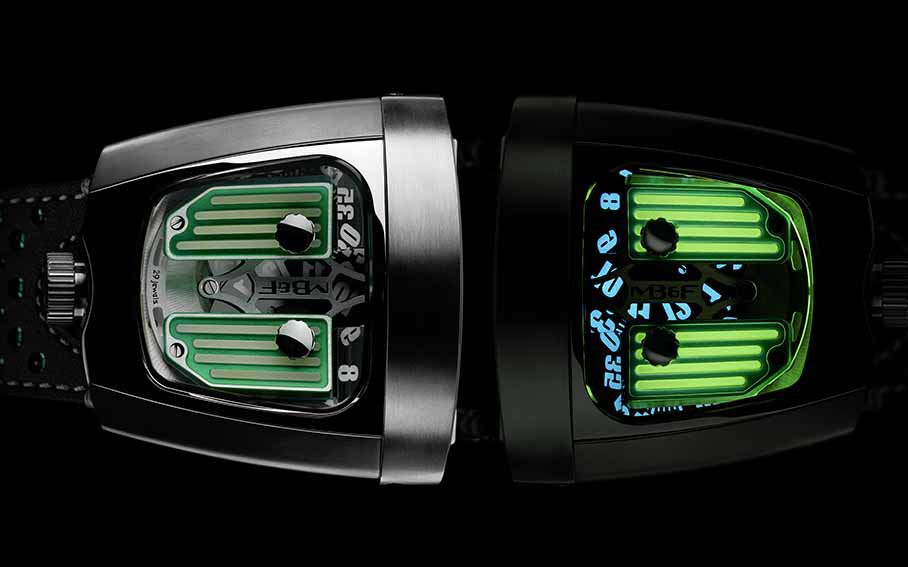 Innovative watchmakers MB&F were in the spotlight at the recent Baselworld watch fair in Switzerland thanks to a collaboration with Black Badger Advanced Composites.

Controlled by a caliber developed in-house by MB&F, the HMX Black Badger could best be described as a 3D watch, featuring a Sellita gear train and radiating bright colours irrespective of the time of the day and lighting conditions.

The cover of the mechanics is transparent, thus showing up the brightly illuminated backlight on the watch, while its shine is said to be more radiant than conventional luminous timepieces.

Meanwhile, the Starfleet Machine Black Badger features hour and minute hands that rotate beneath the central dome ,which is decked with MB&F’s trademark numerals with 20-seconds intervals being indicated by double retrograde fly-out cannons.

Other notable feature include a striking hand-crafted arc, while there’s a power reserve indicator on the watch as well.

MB&F was founded by Maximilian Büsser in Geneva, Switzerland. in 2005.