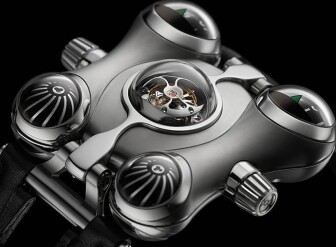 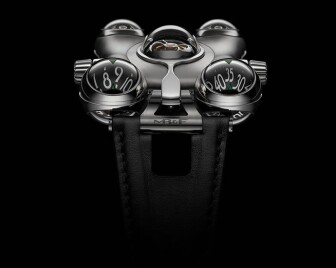 The most striking feature is its five “dials”, with two sapphire domes housing the hour and minute indicators, two housing dampening turbines for the winding rotor, and a central dome housing a flying touribllon with a retractable UV shield.

The Horological Machine 6 “Space Pirate” is available priced at $230,000 and is currently on display at the 2014 Salon QP watch fair in London which closes on Friday.

MB&F was founded by Maximilian Büsser in Geneva, Switzerland. In 2005.