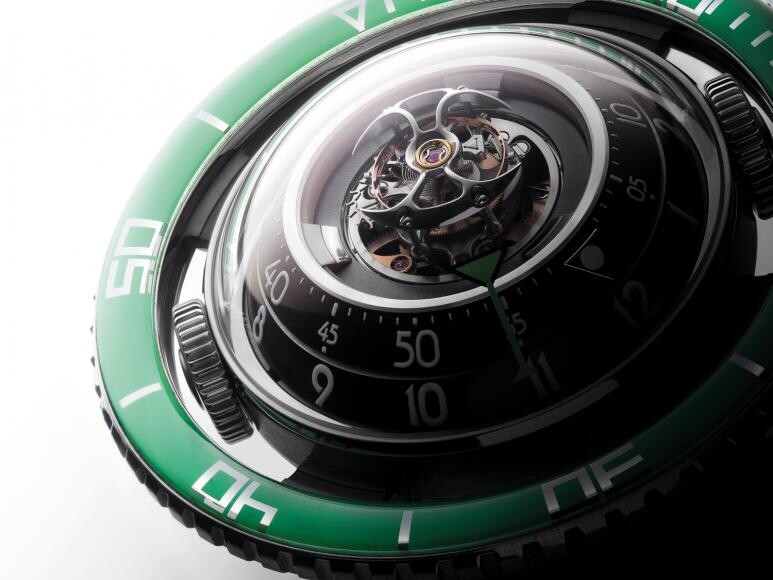 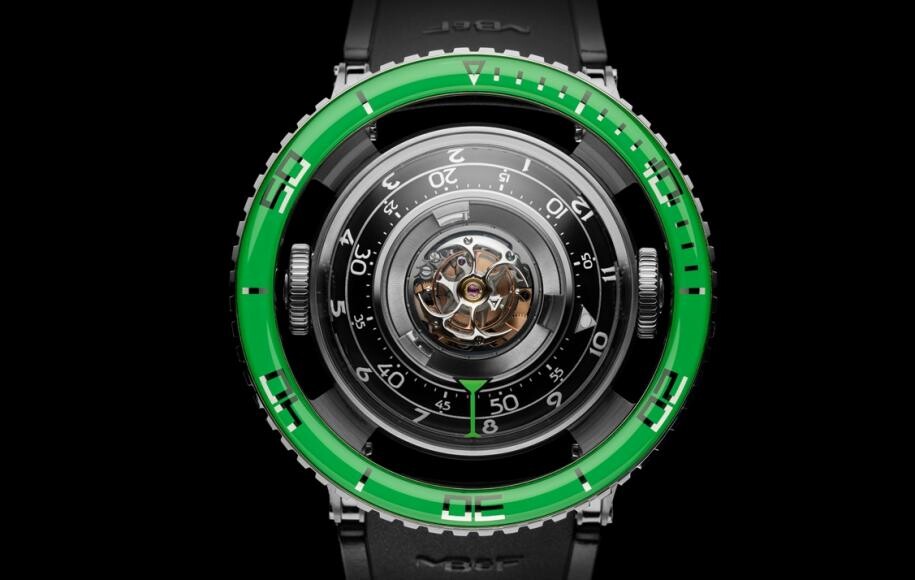 In January last year the innovative watchmaker introduced the Horological Machine No. 7 (HM7) ‘Aquapod’ at the SIHH 2017 – the company’s first aquatic-themed watch inspired by the jellyfish.

The dive watch was launched in two versions: one with a red gold case and black ceramic bezel and another with a titanium case and a blue ceramic bezel.

This latest version is equally impressive, boasting an unidirectional bezel construction, which isn’t attached to the watch itself, but instead floats freely above the dial.

The biggest change comes in the form of the striking green ceramic bezel. A matching shade of green has also been used on the indicator on the heavily domed sapphire crystal.

Developed entirely in-house, the watch’s movement features a winding rotor, mainspring barrel, hour and minute indicators, and flying tourbillon. It consists of 303 components, beats at 2.5Hz, and has a power reserve of 72 hours.