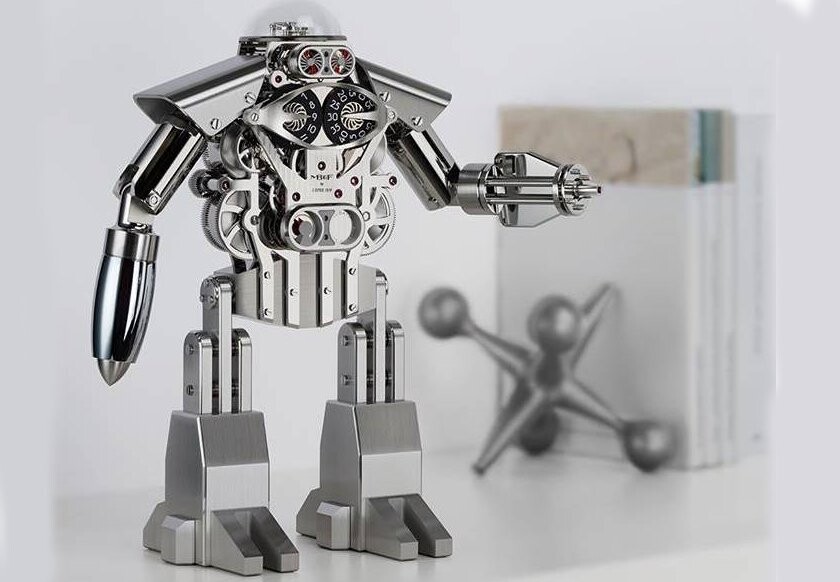 Called the Melchior Robot Clock, the striking piece was made to mark MB&F’s 10th anniversary and boasts steel arms and brass armour, along with a total of 480 components.

According to MB&F founder Max Büsser, the idea for the clock was inspired by his childhood years spent idolising Star Wars.

The right hand of the robot is seen holding a rocket launcher, while the left hand grasps a Gatling gun.

The Melchior Robot Clock is available from MB&F in a limited production run of 99 pieces.

MB&F was founded by Maximilian Büsser in Geneva, Switzerland. In 2005.