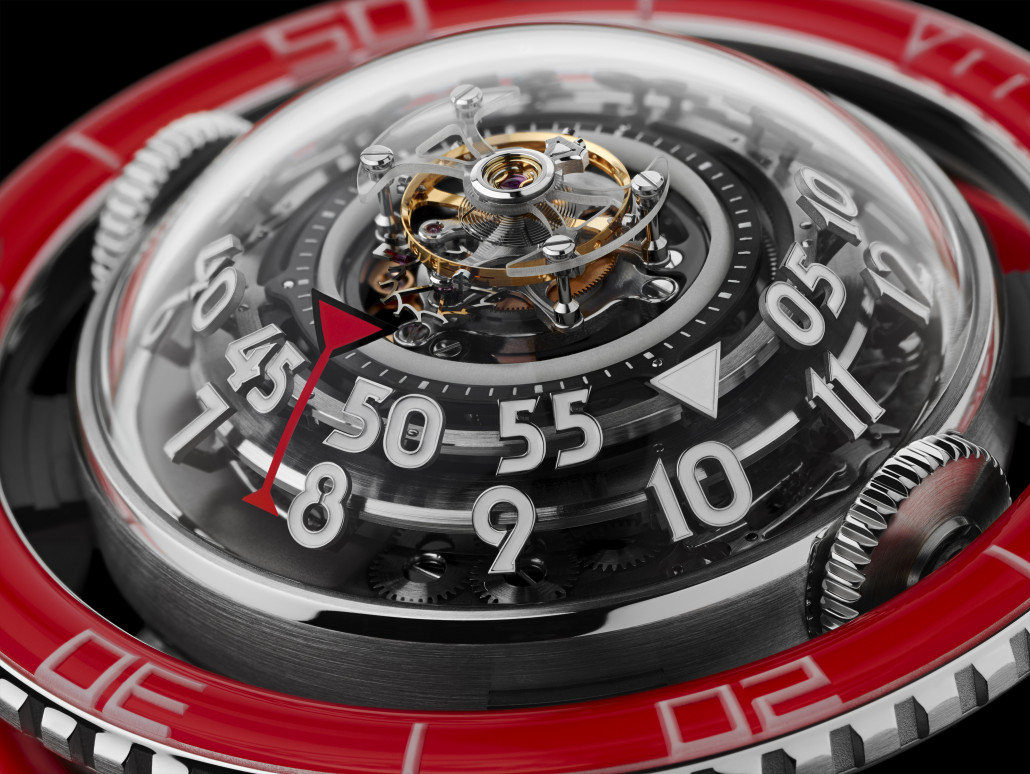 Having captivated watch lovers with its soaring tourbillon and perfect symmetries since its unveiling two years ago, MB&F’s jellyfish-inspired HM7 Aquapod timepiece has emerged from the depths for a new outing in 2019.

Perhaps the most striking feature of the new HM7 is its use of platinum, with its bright silvery-white hue offering a counterpoint to the crimson unidirectional rotating bezel.

Indeed, appearing for the first time in a MB&F creation is the colour red, which was selected due to it being the colour of most deep-sea jellyfish, which gives the marine creatures a form of protective camouflage.

Other notable aspects of the watch include free-floating numerical appendages, transparency surrounding its a 60-second flying tourbillon, three-dimensional numerals sculpted in titanium.

Furthermore, luminous material is found in the laser-engraved markings of the rotating bezel and on the surface of the hour and minute numerals. These are untinted Super-LumiNova, which fluoresce white after exposure to light.

Fitted with a platinum case, bezel and buckle, HM7 Platinum Red will be made in a limited series of 25 pieces, each presented with three interchangeable straps (red, white and black) in aircraft-grade rubber.