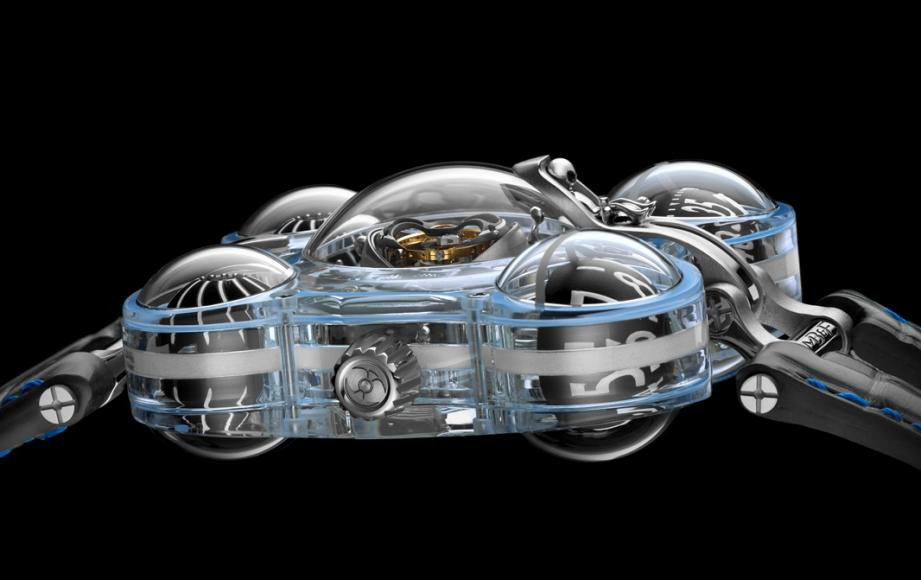 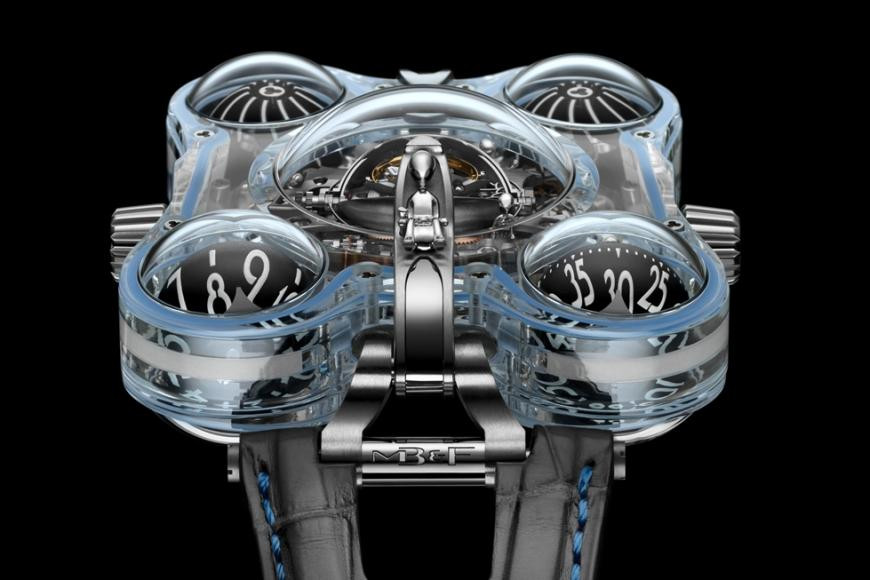 The four limited edition watches are based on one of the brand’s previous designs, the HM6, augmenting that model with mall, hand-carved-from-gold extra-terrestrial aliens on the movement.

The base is taken from the HM6 Sapphire Vision timepiece, but instead of a grooved gold or platinum caseband that holds the sapphire tops and bottoms together in the SV variant, the Alien Nation has a sapphire midcase and only the lugs are in metal.

The watch has 12 separate sapphire components that can take up to 510 hours of machining and polishing to create. A total of six alien “crew” have been added to the timepiece who appear to pilot the spaceship.

Outside the case there is the captain sitting up front, and the rest of the five are hidden inside the case doing everything from working on the time display to lounging around. MB&F credits engraver Olivier Kuhn for the micro-sculptures and each is made of solid white gold with deep black eyes.

The necks of the aliens are so thin that they’re slimmer than a single grain of sand, and each can take up to 34 hours to complete.

The four HM6 Alien Nation pieces retailed for $500,000 each, though disappointingly for interested parties, one collector has already purchased all of them in advance.