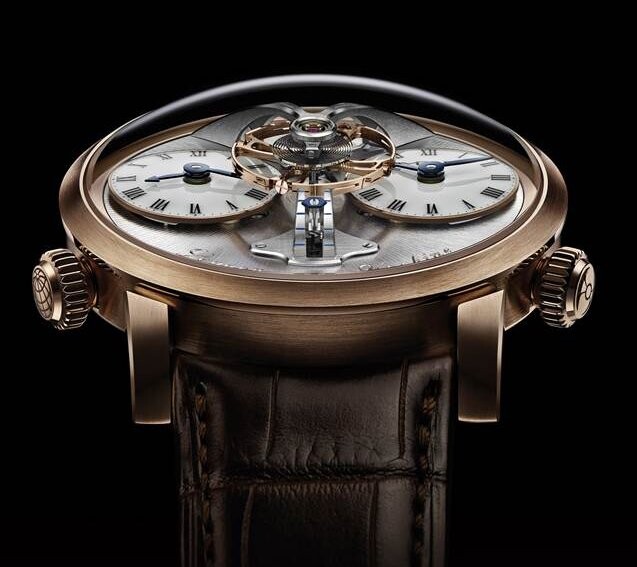 Swiss luxury watchmaker MB&F has released the Legacy Machine No.1 timepiece, billed as a tribute to the great innovators of traditional watchmaking.

Priced at £52,800, the watch includes a three-dimensional display and self winding horological movement visible through a crystal back. It comprises of 279 parts including 23 jewels, sapphire crystals and gold detailing.

The LM1′s distinguishing feature is its balance wheel, pulled up front to float above the face itself. At the bottom of the face is what MB&F claims is the world's first vertical power reserve indicator. Manually wound, the LM1 engine can last up to 45 hours.

The 44mm diameter, 16mm thick timepiece - the fourth Horological Machine created by MB&F since the company's creation in 2005 - is available in 18-karat red gold or 18-karat white gold.

Discussing the inspiration behind the new timepiece, Maximilian Büsser, founder of MB&F, said: "What would have happened if I had been born in 1867 instead of 1967?

"In the early 1900s the first wristwatches appear and I would want to create three-dimensional machines for the wrist, but there are no Grendizers, Star Wars or fighter jets for my inspiration.

“But I do have pocket watches, the Eiffel Tower and Jules Verne, so what might my 1911 machine look like? It has to be round and it has to be three-dimensional: Legacy Machine No.1 was my answer."

MB&F says that it intends to produce about 30 pieces by the end of the year, with first deliveries to its retail partners starting this month.