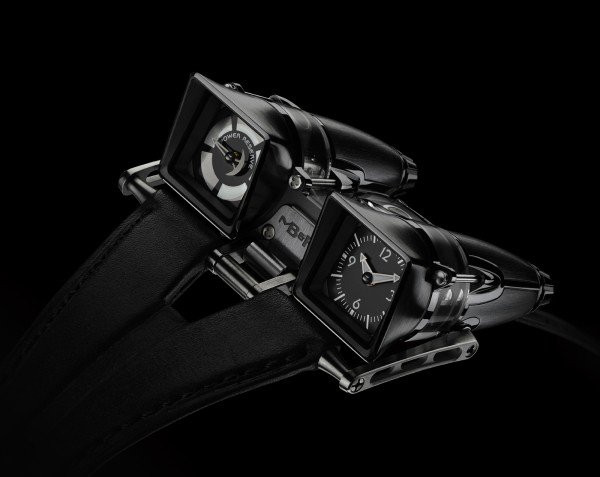 MB&F, the innovative watch makers renowned for their ground-breaking designs, have unveiled the final edition of their HM4 series.

Limited to just 8 pieces, each priced at a cool £230,000, the HM4 Final Edition takes its design cues from the iconic F-117 Nighthawk plane, the world’s first stealth fighter jet.

Notable features of the Final Edition include a high-tech titanium case and a sapphire centre section offering a view into the engine thanks to its exquisitely curved panel that, it is claimed by MB&F, required over 185 hours of machining and polishing to create.

The Final Edition also shares some notable similarities with its predecessor, the HM4 Thunderbolt, which launched in 2010. Not only were both watches inspired by aviation (the Thunderbolt by a 1970s American warplane) but they both also include an automatic movement with 72 hour power reserve.

The HM4 Final Edition will only be available to purchase in five stores worldwide: The Hour Glass in Singapore, Westime in Los Angeles, Chronopassion in Paris, Chronometryx in Gstaad, and MB&F’s M.A.D.Gallery in Geneva.

MB&F was founded by Maximilian Büsser in 2005.