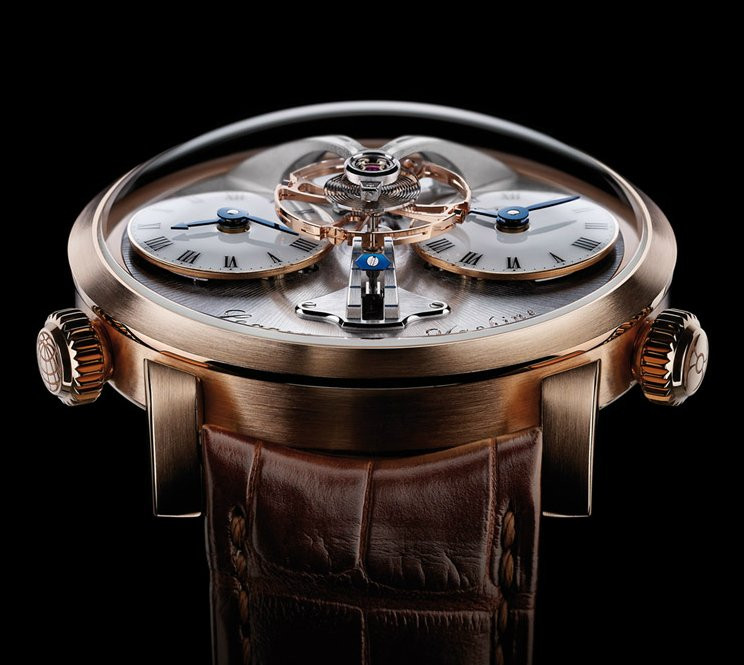 Ultra-innovative watch brand MB&F has enjoyed a meteoric rise since it was founded in 2005, and now the company has achieved further endorsement by receiving two awards at a prestigious watch event in Geneva.

Maximilian Büsser, founder of MB&F, was on hand to collect both awards – the first time in Grand Prix history that the same timepiece has been rewarded a prize both from the public and the professional jury.

The Legacy Machine No. 1 grabbed plenty of headlines when it was unveiled last year. It boasts an array of distinctive characteristics, including a three-dimensional movement, which brings the balance wheel to the top, and two independent time zones complications controlled by a single regulator.

Now in its 12th year, the Grand Prix de l’Horlogerie de Genève has grown to become one of the most eagerly awaited events on the watch industry calendar.